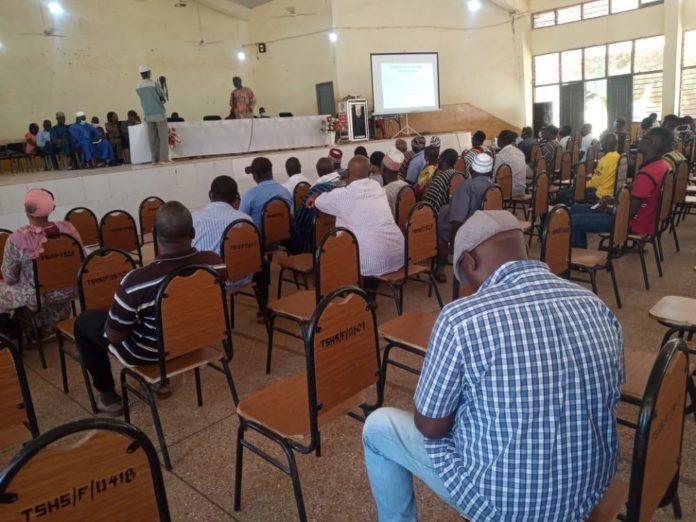 The Northern Tasks Force Limited (NTFL), a group of young people in the Northern Region, has engaged security agencies and other stakeholders to discuss and share ideas on the formation of community volunteer task forces to help combat crime and other illegal activities in the Region.

The meeting, held in Tamale, was attended by officials from the Ghana Police Service, Ghana Immigration Service, Ghana National Fire Service, Traditional and religious leaders, Ghana Education Service and Commission on Human Rights and Administrative Justice among others.

Mr Abubakari Ahmed, Executive Director of the NTFL, said the group had observed rise in cases of criminal and other forms of illegal activities among some youth in the Region, hence, the need to seek their inputs to help curb such activities.

He said the tasks force would be formed on electoral areas and district levels.

Explaining the tasks force’s operational plans, he said they would restrict the services of tricycles and taxis at nights, saying; “most of the crimes and deviant activities nowadays are carried by use of these means”.

“We will dismantle crime spots to enhance sustainable peace to aid residents and businesses operate their day to day activities in the Region with ease,” he said.

Inspector Richard Ackumey, an Officer from the Northern Regional Police Command, commended the NTFL for the initiative, and said Police in the Region would support the group to carry out their planned activities.

Other security representatives present at the meeting also pledged their commitments to partner the group to ensure the Region was safe from all forms of criminal activities.