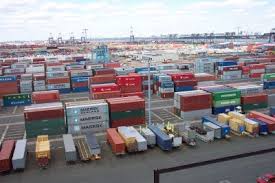 Mr Kobina N. Otoo, Commercial Manager of the Takoradi Container Terminal (TACOTEL), has stressed the need for all stakeholders, especially the business community, to partner with each other to bring the Port of Takoradi to its full operational capacity.

He said the Terminal could do more in cargo handling but was currently operating under capacity and urged importers to turn their attention to the facility.

He called on regulatory institutions that determined port berth prices and ratings to resolve the differences in charges at the Takoradi Port to make it more attractive to importers and stakeholders.

Mr Otoo, in an interview with the GNA, said the economic prospects of the Region were very promising and called for support to actualize the dream.

He said a few projects currently underway at the Takoradi Port would bring a big turnaround of the Region when completed.

Among the projects is the New Oil Jetty, with a capacity to discharge 80,000 tonnes of oil per stream day at the port, which would be loading and discharging seagoing vessels.

The Atlantic Terminal Service (ATS) was developing, equipping and getting ready to operate a Container and Multi-Purpose Terminal inside the Takoradi Port for the handling, storage and delivery of Containers, RoRo cargo, General Cargo and Agri-bulk products among others.

He urged clearing agents to be genuine in their declarations and documentation to ensure prompt service delivery and the sustenance of the laudable initiative.

Mr Otoo also implored journalists to promote the activities of the Takoradi port and the business community to foster growth.

TACOTEL is the operator of an ultra-modern Inland Container Depot (ICD) created out of a concessionary agreement between the GPHA and Ibistek Limited, a special purpose vehicle established to operate the off-dock terminal as an extension of the GPHA in Takoradi.

It is the sole handler of import and export cargo at the Takoradi Port in the Western Region.