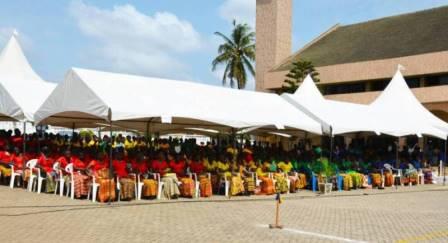 Mr Godwin Avenorgbo, the Director of Communications for Melcom Group of Companies, has called on policy makers to formulate laws that will deal with perpetrators of sexual abuse.

He said it was time to legislate and bring into being a Sexual Offenders Act that would make it mandatory to publish the photographs, names, addresses of all who were convicted of defilement, rape and sexual assault.

Mr Avenorgbo was the Guest Speaker at the Third Speech and Prize Giving Day of Accra Wesley Girls High School on the theme: “Mobilizing for National Development, The Girl-Child in Perspective”.

He expressed the view that this would go a long way to engage such perverts in a battle of minds in a ‘Name and Shame’ game that they could not win.

Mr Avenorgbo said many young girls suffered injury or dropped out of school due to sexual abuse, defilement, sexual assault among other things, however, the perpetrators of such heinous crimes were often protected by the chiefs, family elders, clan heads, parents, police and even pastors.

He asked: “How do we mobilise for development successfully when we leave behind our young women by committing such irresponsible acts that dehumanise womanhood?”

He recommended for policies that could increase classroom facilities, library services, supply of books and teaching aids to pave way for a systematic de-boardinisation programme with the view to making schools like Accra Wesley Girls attractive for a larger intake of students.

Mr Avenorgbo said the allocation of residential facilities, where they were available, must be in favour of the girl-child to reduce the disturbing development of parents renting or seeking for accommodation of female students.

He said the School had a good Headmistress and must be supported to succeed in raising standards.

He called for the establishment of a scheme that could inculcate in students entrepreneurship development.

“We cannot wait for this to become a national policy otherwise it will never happen; we can innovate by creating short extracurricular sessions where role models can come to share experiences with the student body,” he added.

Mr Avenorgbo said there was a lot of goodwill in the community where the School is located; as some of Ghana’s business houses are within a walking distance from Accra Wesley Girls.

Mr Avenorgbo tasked School Authorities to make relentless but strategic marketing effort to knock at the doors of those companies to support the provision of facilities and services that would aid teaching and learning.

Mrs Cynthia Essibrey Annan, the Headmistress of the School, said all efforts at achieving discipline and excellence could be summarised into two main activities namely; Character Formation and Academic Work.

Mrs Annan noted that as a school their challenges were beyond their financial capabilities and would need urgent attention from government and other stakeholders to enhance teaching and learning and promote health and safety on the compound.

She said these include the construction of 18 unit classroom block, accommodation for Staff and the Head of the School, vehicle for official duties and a wall around the school to prevent intruders.

As part of the ceremony, the School honoured Melcom Group of Companies for its immense contribution towards the development of the School, which include furnished of the School’s Sick Bay.
GNA/Newsghana.com.gh