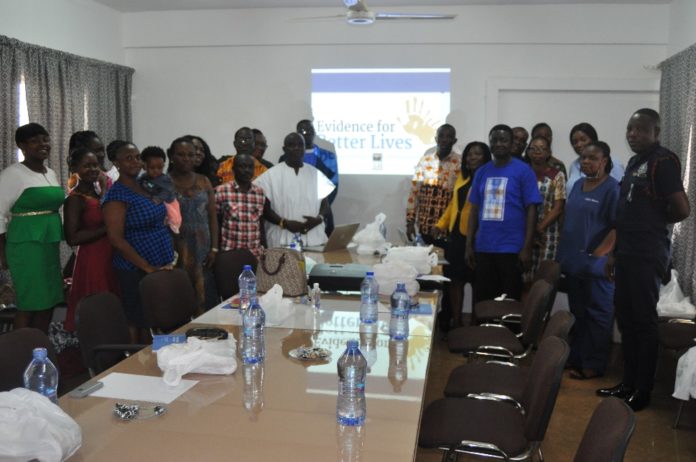 Stakeholders of research conducted by the Evidence for Better Life (EBL) Foundation based in the United Kingdom, have called on the government to pay more attention on pregnant women and children.

The stakeholders participated in the dissemination of findings from the research conducted by the EBLS Foundation, in Koforidua in the Eastern Region, on the impact of stress on women during pregnancy and on the mental development of the child delivered out of the pregnancy.

Dr Patricia Akweongo of the School of Public Health, University of Ghana, and a member of the research team, said the research indicated that 63 per cent of the pregnant women who responded in the research in Koforidua were cohabitating with the men who impregnated them.

She said 34 per cent of the respondent were expose to all forms of violence and 25 per cent of them had been slapped and in some cases hit with objects by their partners.

Dr Akweongo said 46 per cent of the respondent believed that spanking of a child was an expression of parental love.

She said 64 per cent of the respondents said they were raped by their partners during the pregnancy.

Professor Joseph Osafo of the Psychology Department of the University of the University of Ghana and the leader of the research team, explained that many pregnant women in cohabitation relationships, often suffered intimate and sexual abuses, which turned to have an effect on the unborn babies.

He said many of the abuse of children by their mothers were carryovers of the abuses suffered by the mothers when they were pregnant.

Prof Osafo urged religious bodies to use their platform to educate men to respect pregnant women, support them and encourage women to be economically independent.

Dr Isaac Sarfo Acheampong, Clinical Psychologist of the Koforidua Regional Hospital and the Coordinator of the research in Ghana, explained that, sometimes the relationship of mothers with their children was influenced by how the fathers of the children treated the women during pregnancy.

Therefore mothers who suffered abuses during pregnancy by their lovers could also extend the abuse to the child after birth.

The project is being sponsored by the Botnar Foundation of Switzerland and the Development Partners of the country including the World Health Organization (WHO).

The research is also being conducted in South Africa, Philipines, Romania, Srilanka and Vietnam and would be organised in phases within the next 20 years to find the impact of stress on pregnant women and on the mental development of the child born out of the pregnancy.