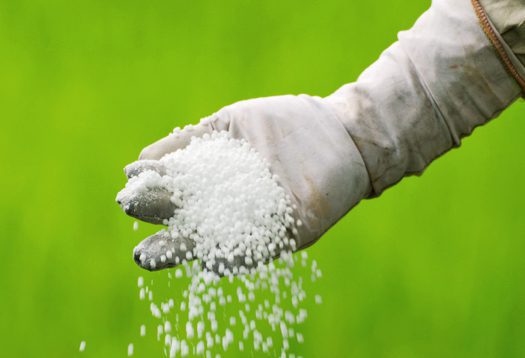 Mrs Victoria Adongo, the Programmes Coordinator of the Peasant Farmers Association of Ghana, has urged farmers in the northern parts of the country to utilise the Government’s fertilizer subsidy to increase food production.

Mrs Adongo made the call during separate stakeholders’ fora held in Bolgatanga and Paga to form watchdog groups and to discuss how to help prevent the smuggling of fertilizer to neighbouring Burkina Faso and Togo for sale.

The Government recently announced a 50 per cent subsidy on fertiliser aimed at supporting small-holder farmers to help increase food production in the country.

Explaining the rationale behind the introduction of the fertilizer subsidy, Mrs Adongo stated that the intervention was introduced in the year 2008 by President John Agyekoum Kuffour to help avert the food crisis that hit the country in the 1980s.

While commending the Government for the intervention she noted that successive governments continued with the programme but either withdrew the subsidy or increased fertilizer prices after realising that it was being abused.

She warned that those who would be caught in the act of smuggling the product to neighbouring countries would be made to face the full rigours of the law.

“We cannot sit down and allow few selfish individuals to amass wealth through the tax payers’ money meant to increase food production to serve the whole nation,” she said.

Mr Abdul-Rahaman Mohammed, the President of the PFAG, warned the community watchdog groups and volunteers not to abuse the trust bestowed on them as they would be equally punished when found culpable.

Mr Rockson Ayine Bukari, the Upper East Regional Minister, called on security personnel at the border towns to ensure that the product was not smuggled outside the country.

He entreated farmers to be more vigilant and report any suspect to the appropriate authorities to be dealt with.

The fora, sponsored by the Alliance for Green Revolution in Africa, attracted key stakeholders including traditional rulers, customs officers, the police, the Ghana Private Road Transport Union, and the media.

Among the key challenges mentioned by some of the stakeholders are the numerous unapproved routs, the lack of logistics on the part of the security agencies and sophisticated weapons used by some smugglers.