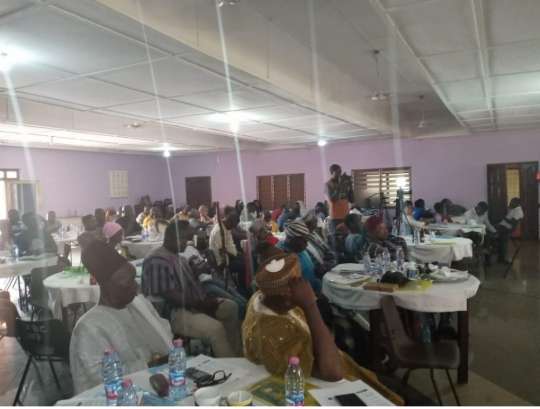 A multi-stakeholders’ forum to reflect on lessons and share experiences on the suspended December 17, 2019 referendum and to propose strategies to ensure success in future discourse has been held in Tamale.

It was organised by NORSAAC, a CSO based in the Northern region, in collaboration with the Ghana Journalists Association (GJA) and the Institute for Democratic Governance (IDEG), with funding support from the STAR Ghana Foundation, to discuss and deliberate on the prospects of the referendum in future.

The December 17, 2019 referendum was to seek the inputs from Ghanaians to amend Article 55 (3) of the 1992 Constitution to allow the participation of political parties in district level elections.

However, on December 01, 2019, President Nana Addo Dunkwa Akufo-Addo, in a broadcast to the nation, suspended it, due to what he described as the consensus for a successful “Yes” vote was lacking.

Mr Nicholas Awotwei, National Director for the Institute for Local Government Studies, speaking on “The lost opportunities for election of Metropolitan, Municipal and District Chief Executives (MMDCEs): Future for Ghana’s decentralization”, said there would be less accountability to the people “since these officials only report to the President who appointed them and not the citizens they serve”.

He suggested that going forward, the citizenry should be interested in taking part in making decisions that would affect them to enhance the country’s decentralisation system and drive transformation in their communities.

Mr Kwesi Jonah, Senior Research Fellow at IDEG, highlighting some of the factors which contributed to suspension of the referendum by the President, said there were misconceptions within the public domain that the referendum was to allow the citizenry to elect their MMDCEs instead of amending Article 55 (3) to allow political party participation in local governance.

He mentioned that the process lacked broader consultation among major stakeholders who could see to the success of the exercise.

He therefore proposed to the stakeholders to adopt strategic approaches to ensure that broader consultations were made to build consensus and get everyone on board.

That, he explained would ensure successful execution of any future referendum aimed at the development of the nation.

Alhaji Abdul Razak Saani, Northern Regional Director of the National Commission for Civic Education (NCCE), called on institutions such as the NCCE to be adequately resourced in order to carry out their mandate to make such proposals successful in future.
Participants at the forum, including; PWDs, political parties, traditional authorities and other interest groups, expressed worry that public education on the process was not enough, and called for massive sensitization on future exercises to ensure all-inclusiveness.