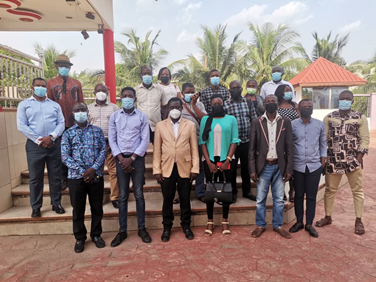 Stakeholders have been asked to work together to ensure effective and efficient implementation of the Antimicrobial Resistance (AMR) national action plan.

Professor Kwame Ohene Buabeng, a Professor of Pharmacy Practice at the Kwame Nkrumah University of Science and Technology (KNUST) in Kumasi, said microbes were always evolving and developing resistance.

He said the ability of pathogenic microbes to stop antimicrobials from working against them was making everybody susceptible to the threat of serious resistant infections with all the consequences and impacts that came with it.

There was, therefore, the need for urgent action by all actors to help implement the national action plan which was launched by President Akufo-Addo in 2017, to effectively and systematically address AMR problems in the country.

Prof. Buabeng made the call at the opening of an antimicrobial resistance training workshop for some selected media practitioners in Kumasi.

He said AMR, which was a very big problem, was already declared by the World Health Organization (WHO) as a health security threat.

This is because all the organisms that cause infections mutate (change in nature, behaviour) and become resistant to the medicines that are used in treating the infections.

Prof. Buabeng, who is also the Deputy Chairperson for AMR Ghana Platform, said infections were life-threatening, citing COVID-19 as one which mutated and if the treatments that are being used against the virus become resistant, it means it was not going to work – a situation which could be life-threatening.

He said although the regulatory institutions and authorities were working in the fight against AMR, more efforts were needed by committing significant resources for the realization of the action plans.

One of the challenges faced in addressing AMR issues is regulation since most of the agencies are unable to ensure effective regulation in the use of antimicrobials, especially in humans, poultry, cattle rearing and other animal husbandry activities, fisheries, aquaculture and crop production in general.

Prof. Buabeng said regulators needed to strengthen the appropriate use of antimicrobials available to minimize the risk of resistance.

There was also the need to ensure effective regulation and control of the sales of antibiotics at authorized places.

Prof. Buabeng stressed the need for people not to abuse antibiotics.

“When people don’t need antibiotics, they do not have to take them, if they take them anyhow, they are contributing to the problem of AMR and the effect will come and harm all of us”, he stated.

Globally, the agricultural sector uses over 60,000 tonnes of antimicrobials annually.

Dr Afakye called on both animal and crop farmers to adopt best practices and avoid the inappropriate use of antibiotics in their activities.