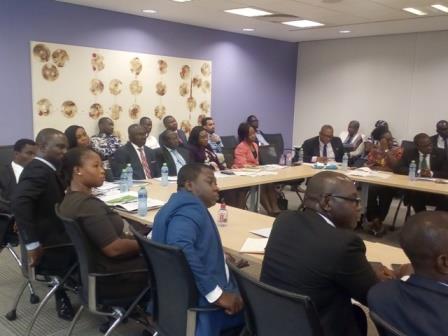 The Private Health Insurance Association of Ghana has called for the amendment of the National Health Insurance Act 2012(ACT 852) to ensure equitable, affordable and accessible health care delivery for Ghanaians.

The Association is of the view that the amendment should require all residents to be a member of a health insurance scheme of their choice and align the purchase of health insurance with incomes instead of with complexity of disease.

Mr Ronald Oppong Adom, President of the Association, made the call in Accra at a symposium on the theme: “The Role of the Private Health Insurance Industry in Achieving Sustainable Universal Health Coverage”.

The symposium was supported by the International Finance Corporation of the World Bank Group.

Mr Adom said the amendment should limit the cost of health insurance to a value not more than five per cent of annual pre tax income and ensure equal representation of industry players on NHIA governance and dispute resolution structures.

According to Mr Adom, the amendment would create a more sustainable health insurance industry that optimises revenues available for healthcare and increase transparency in the build-up of costs along the healthcare supply chain.

Mr Adom said government expansion of the health scheme to register 40 per cent of the citizenry had exposed a serious flaw in the scheme’s operational model.

He explained that as a result of the mismatch between revenue generation and utilisation rates, the scheme claimed costs had consistently outstripped revenues and it was forecast to continue to make losses on its current business model.

He said the health insurance had struggled in large part because the regulatory environment and operating models of both public and private health insurance schemes were not designed for sustainability and growth.

“The Association is committed to dialoguing with government, the NHIA and other stakeholder to improve the sustainability and performance of the country’s health insurance industry,” he added.

Madam Esi Nana Sakyi-Ama, Consultant for the Association, noted that health financing in the country over the five years had been a mix of tax-based revenues, payment from the Social Security and National Insurance Trust, grants, member premiums and out-of-pocket payments.

She said out-of-pocket payments had increased over the period as funding from government had either declined or become unreliable, adding that reliable health financing was key to consolidating advances made to provide financial protection to vulnerable households.

Mrs Abena Osei Asare, the Deputy Minister of Finance, said government had paid the health insurance scheme claims up to April and was working assiduously to clear all arrears to ensure efficient and reliable health care delivery.

On the Association’s proposed amendment of the Act, she said government was open for discussions since an effective health care system delivery cannot be handled by government alone.

Mr Kingsley Aboagye Gyedu, the Deputy Minister of Health expressed worry about the spate of corruption in the system, saying about 30 per cent of the claims paid were fictitious and that government was working on streamlining the system with ICT to curtail the menace.
GNA/Newsghana.com.gh