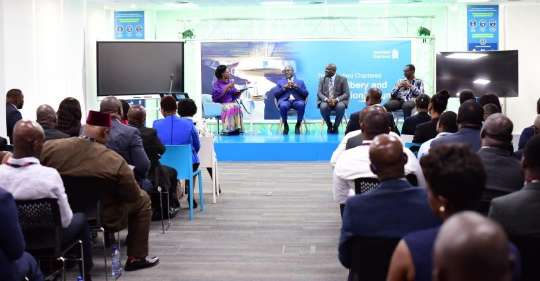 Panellists at the maiden Standard Chartered Bank anti-bribery and corruption forum in Accra have called for active involvement of Ghanaians in the fight against the canker.

They suggested that the private sector and civil society groups play a key role in pushing government to ensure that corruption is nibbed in the bud.

While there is the general consensus that the country’s laws are enough to fight the endemic corruption, the panellists held that the implementation and enforcement of the various rules and regulations have been a challenge.

The forum was part of the bank’s efforts to contribute to the fight against bribery and corruption, especially in the private sector and comes ahead of the UN Day against corruption, which falls on Monday December 9.

Dr Emmanuel Oteng Kumah, the Chairman of the Board of Directors of Standard Chartered Bank, said the forum was one of their thought leadership ideas to provoke discussion on issues of national importance.

He said the idea was to bring together experts to be able to discuss and proffer suggestions to solve issues that that people were concerned with.

He said Standard Chartered, on its part, has a rigorous anti-bribery and corruption framework and other rules and regulations to deal with issues such as anti-money laundering and anti-terrorism financing.

Dr Kumah said the frameworks were part of the bank’s effort to ensure that all these problems were really reduced, adding that the bank’s clients also have to live by the tenets of the frameworks.

The bank also ensures that in all interactions with customers people use our platforms so that the idea of dealing face to face with people is reduced as the systems have controls and procedures that one has to go through to comply with the rules and regulations.

He said organising the forum was to engage key stakeholders in the corruption fight come out with more practical solutions in curbing this vice.

“As a bank, hosting this event demonstrates our commitment in fighting bribery and corruption and broader financial crimes like money laundering and terrorism financing and so on,” he added.

Dr Kumah said bribery and corruption impacted small businesses and there is the need for them to implement controls to curb the practice.