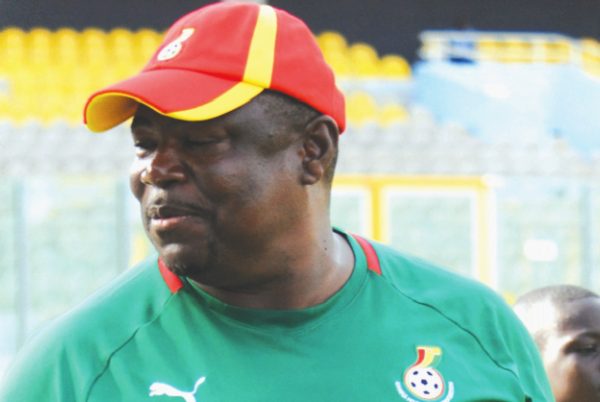 The coach of the National Under-17 team, the Black Starlets Paa Kwesi Fabin, has expressed his disappointment at the level of officiating at the just ended quarter final between Ghana and Mali at the ongoing Federation of International Football Association (FIFA) in India.

The Starlets lost to Mali by 2:1 at the Indira Gandhi Athletic Stadium, Guwahati, with goals from Hajid Drame in the 15th minute and a second from Djemoussa Traore in the 61st minute, with a consolation from Mohammed Kudos in the 70th minute from a spot-kick.
Fabin noted that officiating was poor, as a clean goal for his boys was disallowed, which could have changed the dynamics of the game.

“Normally I don’t talk about officiating but the referee didn’t help in today’s game. I am complaining today because we scored a perfect equalizer and we were denied.

“The ball entered the post long before the referee whistled for a foul we didn’t even understand. But if the goal should have stood, it would have changed the game totally” he said.

In a game that both sides found it very difficult to control the ball, due to a soaked pitch, the Malians once again showed their superiority over Ghana after they beat the starlets by a goal to nil to lift the trophy at the just ended African Edition of the U-17 Championship held in Gabon.