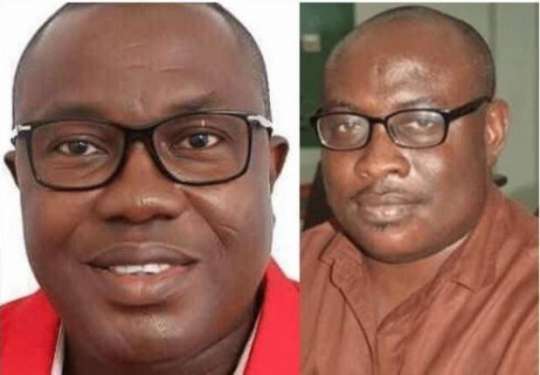 The state has called its second prosecution witness in the case in which two executives of the National Democratic Congress (NDC) are charged with conspiracy to commit crime and assault on public officers.

The executives are Samuel Ofosu Ampofo, Chairman of the NDC and the first accused and Kweku Boahen, a Deputy Communications Officer of the party.

Ampofo and Boahen are said to have been secretly recorded on their plot of attack on the Chairperson of the Electoral Commission and the Chairman of the National Peace Council, in an audio, which has since gone viral.

Mounting the witness box, Mr. Isaac Osei, a Spanish Lecturer of Ghana Institute Language (GIL) admitted that he transcribed an audio recording on a pen drive.

He said the said pen drive was handed over to him by one Mrs Nafisa Appiah, who is in charge of the Institute’s Public Affairs Unit.

Mr Osei said he was informed that it was the personnel of the Criminal Investigation Department (CID) who gave her the pen drive.

The second prosecution witness then identified his witness statement and the transcript and tendered the two in evidence.

Mr Tony Lithur, a counsel for Ampofo, objected to the witness statement, saying the lecturer in the said statement talked about an audio which was not in evidence.

According to Mr Lithur, until that audio recording was tendered, it would be prejudicial to allow him to talk about as if it was in evidence.

“Is the witness going to come back to tender that audio recording? If he is not the one to tender it, would the person who would tender it be able to speak to its content?” Mr Lithur asked.

According to Mr Lithur, “allowing these statements (transcript and the witness statement) to be tendered simply creates a prejudicial opening for the eventual tendering of the audio recordings.”

Mrs Yvonne Attakorah Obuobisa, Director of Public Prosecution, said was too late for Mr Lithur to object to tendering of transcript of the witness who worked on transcript.

The Court in its ruling held that the fact that the alleged audio recording had not been tendered, could not bar the tendering of the transcript.

According to the Court, the witness cannot also tender the audio because he did not make it, adding that he was only asked to transcribe the audio.

Answering questions under cross-examination by Mr Lithur, Mr Osei, the second prosecution witness, said he could not tell whether or not the audio recording was “doctored or sliced”.

Witness admitted that he had no idea as to how the audio recording was procured, adding that, “I only transcribed the audio that’s all.”

Answering questions from Dr Aziz Bamba, the second prosecution witness, maintained that he was asked to transcribe the audio, a job he had been undertaking over the years.

The Court had adjourned the matter to tomorrow October 16.

Earlier on, Dr Bamba informed the Court that his client, Kweku Boahen, was absent in court because of the strike action embarked on by some local airlines.

According to Dr Bamba, his client had been in Kumasi for the past three days and he was to return this morning but had been left stranded because of the strike embarked by airline staff.

The NDC Chairman and Deputy Communication officer have both pleaded not guilty to conspiracy to commit crime and harm public officers and are currently on GHS100,000 bail each, with a surety.

The facts are that the accused were arraigned on April 16 for allegedly inciting communicators of the party to attack the chairperson of the Electoral Commission, and the chairman of the National Peace Council.