Discussions between the Ministry of Works and Housing, Ministry of Finance and State Housing Company Limited (SHCL) on the completion of these housing undertakings have been concluded.

Mr Samuel Atta Akyea, Minister of Works and Housing, said the Ministry has since transferred the three affordable housing sites to SHCL for completion.

“We should have affordable dwelling homes within 12 months,” Mr Atta Akyea, stated on Wednesday in Accra when he took his turn at the Meet the Press Series, which was organised by the Ministry of Information.

He said as part of efforts to address the housing deficit in the country, the New Patriotic Party (NPP) Government in 2006 initiated the Government of Ghana Affordable Housing Programme with the objective of providing accommodation for the low-to-middle income workers of the country, creating jobs and improving incomes.

The Minister said arrangements put in place by the previous government for the completion of the stalled affordable housing units had seen Social Security and National Insurance Trust (SSNIT) completing the 1,464 housing units at Borteyman and most recently, the 1,027 housing units at Asokore Mampong.

Adding that similarly, the TDC Development Company Limited had continued the construction of 312 housing units out of the 1,584 units at Kpone-Tema.

“Currently, the 312 housing units are 90 per cent complete and plans are far advanced towards completing the remaining 1,272 housing units by TDC Development Company Limited. That notwithstanding, no arrangements were put in place for the completion of the 686 housing units at Koforidua, Tamale and Wa by the previous government.”

That notwithstanding, no arrangements were put in place for the completion of the 686 housing units at Koforidua, Tamale and Wa by the previous government.

He said the Ministry, under the Government of President Nana Addo Dankwa Akufo-Addo, commenced processes toward securing funding for the completion of former President Kufuor’s 2006 affordable housing units in Koforidua, Tamale and Wa at an estimated cost of $51 million.

Mr Atta Akyea said in line with the NPP Manifesto pledge to complete inherited projects, the Ministry has engaged the services of the Ghana Institution of Surveyors (GhIS), to among others, take inventory of the stock of materials on site and the state of the Saglemi Housing Project.

He said once the audit has been completed, the Ministry would partner with the private sector to complete the 1,024 housing units on the ground.

“On the 8th day of June, 2020, we lodged a criminal complaint with the Criminal Investigation Department of the Ghana Police Service.

“We trust that the state institutions that are pursing all issues of contractual malpractices will continue their good works to ensure that the good people of Ghana obtain value-for-money in the application of the taxpayers’ money.”

He said it was regrettable to note that the Ministry’s massive and nationwide affordable housing programme with a credible mortgage arrangement in the background had been check mated by the delay on the part of the Ministry of Finance to issue the requisite guarantees and other financial instruments to enable developers bankroll the housing units even as we reduce the embarrassing national dwelling home deficit estimated in the region of two million.

He said the Ministry would continue to pursue the Ministry of Finance in creating the necessary funding regime to ensure that the proposed targets for the medium term were met within the stipulated time. 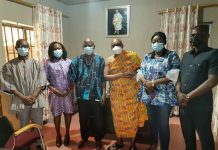 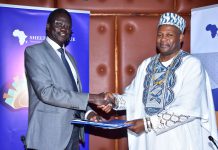 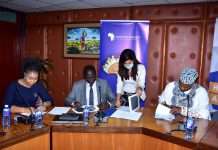 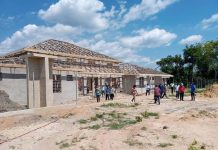 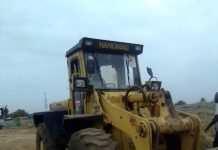