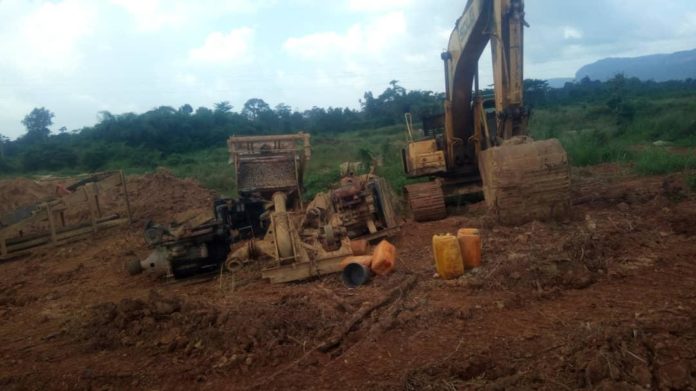 Nana Effah Opinamang Ill, the Chief of Kwahu Obomeng has called for government’s intervention for the protection of Obomeng stool lands as illegal miners (Galamsey) have taken over and are degrading their farm lands.

He said all efforts to get them out of the communities had proved futile and therefore asked for government’s interventions to help fight Galamsey in the district.

Speaking to the Ghana News Agency at Obomeng in the Kwahu South District, Nana Opinamang said the operators had taken over the lands of Wawase, Wisiwisi, Denkyira, Besease and its environs without permission.

He expressed worry at the rate at which residents who owe farm lands in those communities were blaming the chiefs for the actions arguing that chiefs were unaware of those who authorised the ongoing illegal mining in the communities.

He called on government to turn its attention with the use of operation Vanguard to foil the activities of illegal mining in the area and across the country.

Meanwhile, some of the Sub Chiefs of Obomeng also added their voices that, people are tagging and accusing Nananom of allowing people to mine illegally on Obomeng stool lands while the chiefs and elders had nothing to do with it, and therefore called for government’s intervention.

Some of the residents whose lands were affected complained about their safety and entreated the ‘Galamsey’ operators to cover the opened pits to save lives.