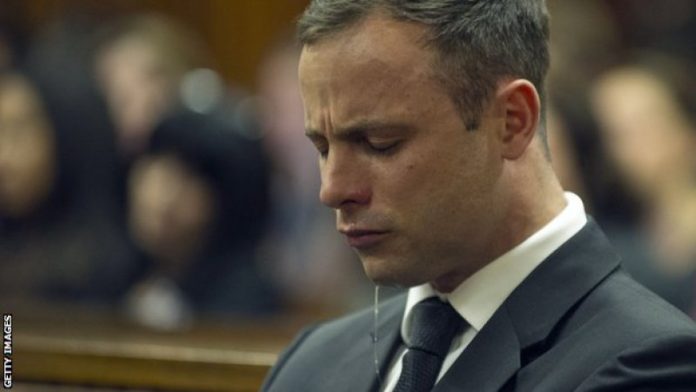 South African Olympic athlete Oscar Pistorius has been sentenced to six years in prison for the murder of his girlfriend Reeva Steenkamp in 2013.

He was taken immediately to jail. The prosecution and defence can appeal.

The verdict comes after his initial five-year conviction for manslaughter was changed to murder last December after the prosecution appealed.

He admitted shooting Ms Steenkamp but said he mistook her for an intruder and acted out of fear.

In an hour-long session, Judge Thokozile Masipa said mitigating circumstances, such as rehabilitation and remorse, outweighed aggravating factors for deviating from the prescribed 15-year sentence for murder.

Pistorius has already served one year in jail.