Every woman knows, deep down, that the much-vaunted maternal instinct isn’t nearly as ‘natural’ as society makes it out to be.

In fact in my experience – and I know I will be roundly condemned for this view – this means that some women can even be better at taking care of and understanding a child than his or her own mother.

I am a stepmother – one of a band of much-maligned women who have suffered a bad rap right through history, from the wicked stepmothers of countless fairy tales to TV presenter Christine Bleakley, who is currently wrestling with damned-if-she-does, damned-if-she-doesn’t attempts to integrate herself into the lives of her fiancé Frank Lampard’s daughters.

The latest anti-stepmother brickbat came in last week’s Femail, when Kelly Rose Bradford explained that she will never let her son meet his father’s new girlfriend. Kelly wrote acidly about how the thought of another woman ever being a ‘parent’ to her eight-year-old son left a bitter taste in her mouth.

Her controversial views sparked a phenomenal online response from hundreds of readers condemning her as ‘selfish’ and ‘manipulative’ and, in at least one post, suggesting Kelly’s child should be removed from her care.
Now, I’m sure Kelly would like me if we met. Beyond the vitriol she directs at her ex’s new girlfriend, Kelly seems loyal, smart and kind – attributes many of my friends would also ascribe to me.

And yet, I am Kelly’s worst nightmare, because for seven days a week I am ‘mummy’ to a child I did not give birth to.

For the last two years, my 15-year-old stepson John has lived full-time with his father Stephen and me. Stephen is a carpenter with his own business, typically working ten hours a day, six days a week.

I run our household and I am raising Stephen’s child. John’s mother is allowed access to her son for two weekends each month. There was no fraught custody battle between John’s parents – it was all very simple: John just decided he wanted to live with his father and me.

He was seven when his parents separated: it was more than 18 months later that Stephen and I met.

Our early days were full of challenges. For a start, my relationship with John wasn’t always easy. I met him for the first time when he was nine, and remember him playing with his Game Boy throughout my attempts to bond with him over a Coke.

His father, who had made the initial awkward introductions, peered anxiously at us as I tried to make small talk. It was excruciating, so I was lucky that my sister – who is a mother – was there to help make conversation.

If my relationship with Stephen was to go the distance, I had to find a way to get on with John, particularly since Stephen had joint custody then, which meant his son lived with us for one week in two.

Faced with the frightening reality of my new role, I bought virtually every manual published on how to be the ideal stepmum. Do so-called ‘natural’ mums buy manuals on how to be a good mother, I wonder? I made plenty of mistakes at first. As a TV producer earning a good salary, for example, I showered John with expensive gifts – most of which John told me his mum threw in the bin. Extravagant on my part? Maybe. Unfair to John? Without a doubt.

It was around this time that John developed stress-related problems. During his many days off school – by this time I had gone freelance and spent more time at home – John and I grew closer.

Then Stephen and I got married when John was 11. We were in love – and still are – and beyond happy. The only blight on our relationship was John’s mother.

From the moment I moved in with Stephen and we became a family, I felt she wanted me out of her son’s life.

At times I wasn’t sure if her behaviour was rooted in genuine concern for her child’s welfare, or was merely an act of jealous spite. Sadly, John witnessed harsh telephone conversations between his parents, hot-headed reactions to emotionally fuelled text messages, and angry scenes at the door during hand-over each week.

As my stepson observed the dubious actions of his mother, he was also developing his own opinions about the situation.

He always turned to me for solace. I mopped his tears, cuddled him until he fell asleep and made his favourite hot chocolate.

The stress of the situation also had a devastating impact on my husband, who visibly aged as he was bombarded with insulting name-calling on change-over day.

My attempts to make peace proved futile. My husband’s ex wouldn’t accept me, and refused even to refer to me by my name. Instead she called me ‘the tart’ – and still does.

We live in France, where the courts deem that, at 13, a child whose parents are separated or divorced is old enough to decide which parent they want to live with. A month before his 13th birthday, John said he wanted to live with us. We helped him engage a lawyer – my husband, his ex and I were not allowed to be party to their discussions – then he had his day in court.

The court judgement ruled that John should live with his father and me.

It seems unjust that society regards stepmothers like me with fear and suspicion – especially since we’re on the increase, with nearly one in three households in the UK now a stepfamily.

Biological mothers complain about sacrosanct boundaries being crossed by stepmothers who, they argue, overstep the mark when caring for their children.

But I think they’re just picking a fight out of jealousy. It is ridiculous for biological mothers to claim they’re the only ones with the know-how to love and mother their offspring.

In my own family, we’ve always lived by the belief that it takes a community to raise a child.

I had a happy upbringing: both my parents worked full-time, so I regularly stayed with aunts, neighbours, my uncle and grandmother. Things didn’t change when my parents divorced.

My stepmother and stepfather are, and always have been, two of my biggest allies in life, and my parents wouldn’t have dreamt of imposing draconian restrictions on my relationships with them.

Step-parenting expert Dr Lisa Doodson has some simple advice. She says: ‘Stepmums can be hugely beneficial to children, but biological mums can sometimes feel threatened by having someone so close to their children.

‘My advice is to stop worrying. Stepmums can be an extra source of support to the children.

‘We all have different skills, and children can benefit from having additional adults to guide and support them. Sometimes it can be an advantage for children to have an adult who isn’t Mum or Dad, but who they can talk to.’

Don’t think I’m gloating or sitting pretty with my ready-made family. I am 40, but for the last five years I’ve had to delay my desire for a family of my own because the situation with John’s mother has been so volatile.

I take my maternal role in John’s daily life seriously and, for me, his welfare and happiness comes first.

Now we have become a solid family. John finally feels secure, and is doing well at school.

It’s only now that Stephen and I can think about adding to our family and, fingers crossed, bringing another life into the world.

Meanwhile, I am busy with John. Last year I counselled him through his first romance. If John’s mum could find it in her heart to forge a relationship with me, I could share these precious memories with her.

What I probably wouldn’t share with her is that it’s me who ensures he buys his mother presents at Christmas, and who reminds him to call her on her birthday.

Now and again John has called me Mum, but I don’t make a big deal of it. I don’t correct him, or tell him not to.

I know he’s not my child, but that doesn’t stop me loving and caring for him. A child has one set of biological parents, but I’d argue that I, and many stepmothers like me, bring something very special indeed to the lives of the children we ‘inherit’.

And many of us make better mothers than the women who actually go by that name.

Names have been changed 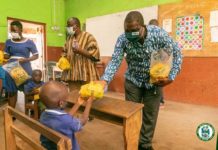