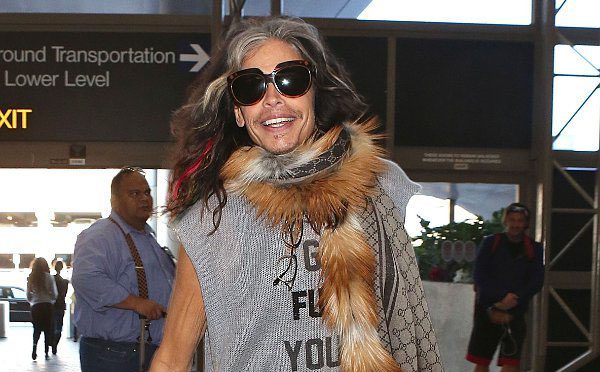 Steven Tyler is serious about becoming a full-time country artist. According to a new Billboard report, the frontman of rock band Aerosmith is currently working on a country album that?s planned to be released under Big Machine Label Group. Tyler has yet to sign with the label, whose artists include Tim McGraw, Reba McEntire, The Band Perry and Taylor Swift. An insider told the site that deal could go down ?anytime,? but is due to happen ?before the summer.?

The musician expressed his desire to go country last October. During a Twitter Q&A, he revealed he would move to Nashville to start working on the country album. ?I?m going down to Nashville January, February, March, April to write and see what we get,? he said at that time.

?You know I grew up with The Everly Brothers. Even ?Cryin?s? got a little [twang]. Of course I had to do it more Aerosmith-ish which was rocked out. There?s just a piece of me that loves country so much, and I?m not sure what kind of country that is, but it?s got the 5th harmony,? he added. ?It?s just those kind of melodies that are just so so good.?

Tyler did relocate to Nashville in January and began working together with some local singers/songwriters including Brett James (Carrie Underwood?s ?Cowboy Casanova? and ?Jesus Take the Wheel?) and Cadillac Three?s Jaren Johnston (Keith Urban and Eric Church?s ?Raise ?Em Up?, and McGraw?s ?Meanwhile Back at Mama?s?).

Billboard said Tyler?s album?s scheduled to arrive in November or early 2016. Meanwhile, representatives for both the vocalist and Big Machine have declined to comment.

ORANGE turns to Nigeria’s market in a bid to expand

Newly recruited sailors urged to be disciplined and Patriotic