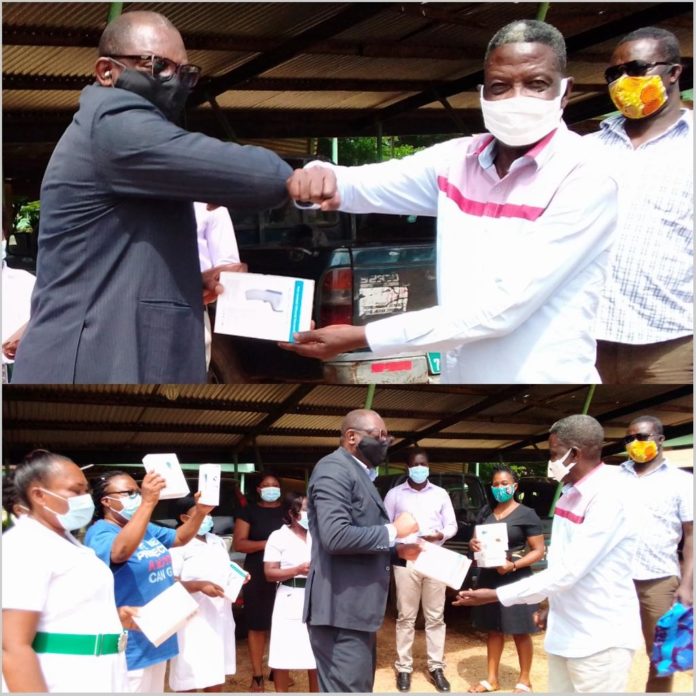 Mr. Andrews Teddy Ofori, the Hohoe Municipal Chief Executive (MCE) has called on the citizenry to desist from stigmatizing patients who have recovered from the novel corona virus disease.

He said stigma was a killer and must be stopped for a successful fight against COVID19.

Mr Ofori made the call through the Ghana News Agency (GNA) after he presented items to some patients who have recovered from COVID-19.

He said the continuous stigmatization of suspected, confirmed and recovered patients may hinder the fight against the pandemic and called on the support of all.

The beneficiaries expressed gratitude to the Municipal Chief Executive for his kind gesture and support.

Mr Ofori who also presented ten non-contact infrared thermometers and hand sanitizers to the Hohoe Municipal Hospital said the supply of additional thermometers to the Hospital was to ease the pressure on existing ones for each ward to have one.

He commended the management and staff of the Hospital for their hard work and urged them to make good use of the thermometers.

Mr. Serene Akpanya, Administrator of the Hohoe Municipal Hospital who received the items on behalf of the facility thanked the MCE and said the items came at the right time to support the fight against the spread of the disease.