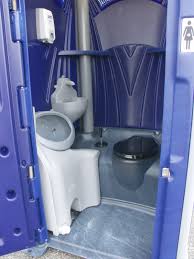 The Sekondi-Takoradi Metropolitan Assembly is to prosecute 90 households for building without toilets, kitchens and bathhouses.

The decision was taken after the various households within the three Sub-Metros failed to adhere to verbal notices served on them to rectify the situation by the Assembly.

Mr Hudu Abdul-Karim, the Metropolitan Environmental Health Officer, told the Second meeting of the second session of the STMA that another written notice was served a month ago as a reminder but the house owners involved had failed to comply.

He said though the Assembly had an arrangement with an NGO to build bio-digesters for such households at a fee, many of the people failed to take advantage of the opportunity.

The Metropolitan Environmental Health Officer called on Development partners to come to the aid of the assembly to do voluntary construction of such facilities in the Sub -Metros.

Meanwhile, 13 communities have been certified as open defecation free.

Mr Abdul Karim encouraged the communities still engaged in the practice to learn from their sister communities.

The Presiding Member of the Assembly, Mr John Buckman, called on the Assembly Members to use the media positively to intimate development issues and aspirations rather than wash the assembly’s dirty linen in public.

“Going forward, I will call for restraint and circumspection in all our media engagements…let us use the media positively to advance the progress of our electoral areas.”

The Presiding Member thanked the members for the 90 per cent endorsement of the Metropolitan Chief Executive.

“In the meantime, let us unite and be each other’s keeper…let us eschew selfishness and be on the lookout for our colleagues to develop in an atmosphere of peace, love, selflessness and respect for authorities.”