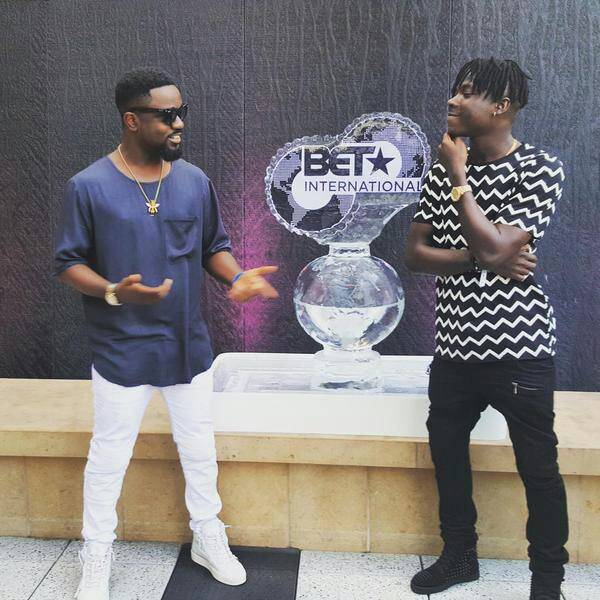 Since picking up the coveted BET Award for Best International Act-Africa, industry players and fans alike have all taken to social media to tell their ?How I know Stonebwoy story?; so here goes mine, ?I have known him and been a fan right from the ?good old Bless The Mic days,? where he was a regular on the bill every Thursday night at the Base Lounge Osu.

This was in 2008 and I can go on and on about how far we have come since then but thankfully that?s not the point of this piece.

That said; the Stonebwoy story is one for the books. The underdog finally gets his day in the spotlight and the recognition he deserves.

While it is great to finally see the man get the respect he deserves; is BRAND STONEBWOY strong enough to keep him on top? To attract major endorsement deals? Can it garner him the continental recognition that his compatriot Sarkodie enjoys across Africa or the cult-like idolization that Shatta Wale enjoys in the streets?

Life at the top of the music business is as unpredictable as it is murky.

History has taught us that almost every artiste who wins the coveted ARTISTE of the year award at the GMAs is doomed to a slump in form in the year afterwards. The examples abound to reiterate this myth of sorts. However, it doesn?t have to be so.

Allow me to dote on Sarkodie for a minute.

He has proven that it is possible to build a brand image and equity strong enough to get to the top and dominate for years.

Few things to chew on; Sarkodie has such impeccable style that his haircut is referred to in Ghanaian and Nigerian barbershops as ?The Sarkodie style?; his regular hiphop inspired dance move is so popular that most people have begun refer to it as ?Sarkodie?s dance. ?

Bear in mind he is not the originator of the dance nor haircut but both are now heavily associated to him simply because he has done them so repeatedly and consistently over time. His clothing line may not have been a mega success, but the ?SARK Clothing? label has survived much longer than other attempts at celebrity clothing lines and is still going strong. Even his fellow musicians rock his label.

Over time, Sarkodie has worked hard to become the very epitome of the HIPHOP BOSS brand image and lifestyle. How? His utterances, personal attitude, fashion style, attitude on stage, public appearances, the messages in his music and their corresponding visual treatments.

Viasat One?s online blog recently posted an article with the question, ?WHO IS RICHER? SARKODIE OR ASAMOAH GYAN?.

Note. The rapper may not be worth half of what the soccer star is worth, but he has managed to build such a huge brand symbolizing success, being the BOSS and the best, so much that, he has warranted a comparison between himself and one of the most wealthy and flamboyant sportsmen in Africa.

Little wonder that, event organizers don?t feel cheated in paying the highest amounts to have him featured on their platforms. He is reported to be charging up to GHC100, 000 {USD25000} per show and getting paid.

The catch? No other artiste on the scene can ask for such an amount per show and get paid but its SARKODIE. He recently turned down a phenomenal amount from a Telecommunications company to be its brand ambassador because he wanted more.

The icing on the cake? ?SARKCESS? is a trending term nowadays. What else?

Stonebwoy is undoubtedly one of the most talented recording artistes of our time, but in a business where commercial success depends on 10% talent and 90% hype; where CD sales amount to nothing and one cannot count on royalties as part of a pension plan; he needs to monetize his art right now by tackling the business side of his craft to ensure that he remains a top player on the scene.

A few questions for ?Team Stonebwoy? to ask themselves; what is his niche audience/market? What sets him apart from his peers in Ghana and beyond? What?s most memorable about him? How much influence does he really have over his fans? Does he have a clearly defined personal style? What is the message he is communicating through his art and his lifestyle? What would make a corporate organization want to give him big bucks to represent and sell their brand? What does he symbolize as an artiste and public figure?

He is a great artiste, now he needs to become a brand.

Branding is probably one of the most misconstrued and overused terms in show business; often flaunted like some fancy endeavour that may solve all your problems.

The beauty with building his personal brand is that he will build from within, based on his own uniqueness, persona, perception about self, career/personal ambitions and attitude.

These elements will now ultimately transcend into what he wears [personal style], the messages and values he will communicate to fans [consumers] through his music and lifestyle.

It will also determine his brand value and influence as an artiste to his target audience as well as corporate organizations looking to associate their brand with his in the hopes of tapping into the consumers he can attract.

Let?s face it, Stonebwoy doesn?t have the ?confident- somewhat corky and larger than life boss- like image of Sarkodie; neither does he have the radical, anti-establishment and rebellious image of Shatta Wale.

What he has however is even better; an innate confidence, stemming from his own venerable belief in his talent. A certain self discipline and perseverance that developed in his years on the dark underground scene; from being over-looked for louder more flamboyant acts, yet still keeping faith that his time will come.

His most obvious trait is the undeniable submissiveness and humility that endears him to industry players and fans alike, even those who are yet to meet him.

In congratulating him on his BET win, Davido tweeted ??congrats Stone Boi!!!! We haven?t met but he seems like a cool humble cat. Congrats bro.?

Stonebwoy is a celebrity who appears more human than most, he does not assume a larger than life posture neither is he untouchable. He?s your every day guy who just happens to have immense talent and makes great music that you love. He?s approachable; you can talk to him, and you can reach him. He is not perfect; he is bipolar and has an obvious physical challenge. Nonetheless, he has made it.

He is an inspiration to every under-privileged kid in Africa. Every physically or psychologically challenged kid on the continent now affords to dream of making it BIG one day just like Stonebwoy.

This is STONEBWOY, the ?People?s Celebrity.?

That is the brand image he should play on and feed his brand off.

In a country and a continent where the underdog has everyone?s sympathy and love, this image may prove to be a gold mine. Who doesn?t love a rags to riches story?

Identifying a bankable brand image is a start, the rest is execution; like a well structured company, he must employ the services of the right people to handle his affairs; professionals, not hangers-on/friends who may have his best interest at heart but may not have the expertise to give him the best results.

That said; loyalty is important in every business and that should always be a factor in selecting his team.

If done properly, the Stonebwoy brand may become one of the biggest success stories to come out of Ghana to world; bear in mind, that dancehall is a worldwide phenomenon and as such his music has a bigger chance of crossing over to the world beyond the shores of Africa.

However, in order to tap into the opportunity thrown into their laps ?TEAM STONEBWOY? has to redefine his brand, tackle it like the business it is, and sell it convincingly to the world.

STONEBWOY is at the crossroads in his career; one way to international fame and fortune or the other way to become another talented artiste from Africa who was almost great.