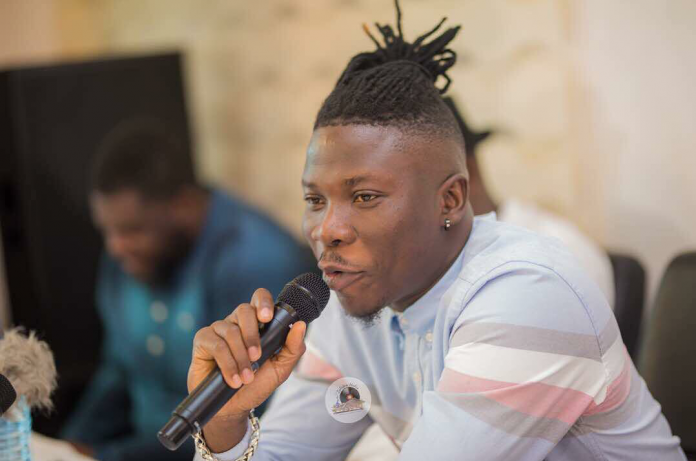 Stonebwoy yesterday held a press listening for his 3rd studio album (Epistles Of Mama) and the launch of his BHIM concert at the head office Zylofon in Accra.

The multiple BET Awards nominee, called the on Ghanaian press to have a first listening of EOP which has 24 songs in total with 12 being Afro beats and the other half being reggae. Epistles Of Mama has several international collaborations which includes Chronixx, Sean Paul, Agent Sasco, Burnaboy, AKA (South Africa) etc.

On the Afro Beats side of the album, it features a wide range of local musicians who has not collaborated with Stonebwoy in a while or on any project. The local feature list include Sarkodie, Yaa Pono, Efya, Joey B, Kofi Kinrara and several others. Livingstone Etse revealed that thsee features was done in other to share his music with colleague musicians he hardly works with.

The Epistles Of Mama (EOP) album will be due for release on December 12, 2017. Stonebwoy noted that it’s high time Ghanaian media supported the music industry just a their Nigerian counterparts do, stating that this support always gives Nigerian musicians leverage over artistes from Ghana.

Stonebowy also expressed gratitude to Mix Master Garzy for coordinating and engineering the entire album.The BHIM concert is scheduled to come off on the 22 of December 2017 at the Accra International Conference Center.

In 2012 Stonebwoy released his first album titled Grade 1, he followed with Necessary Evil in 2013 all released under Burniton Music Group.