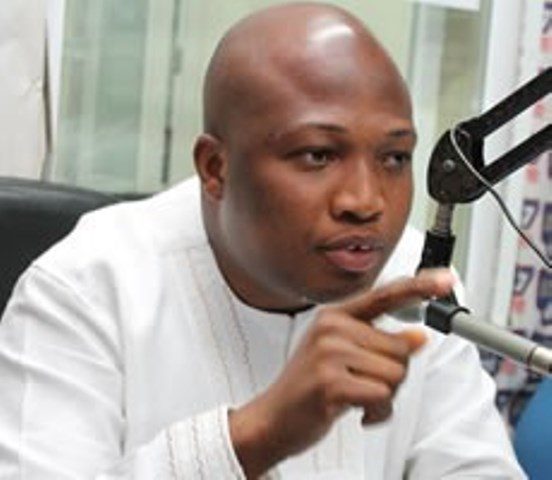 The deputy minister of education in charge of tertiary education Hon. Samuel Okudzeto Ablakwa, has lashed out at the Electricity Company of Ghana (ECG) to with immediate effect refrain from cutting power supply to educational institutions in the country.

Speaking during the 3rd congregation for Bachelor of Technology for Accra Polytechnic Mr. Ablakwa said;

“The ECG must desist from cutting power supply to educational facilities in the country as that decision was a Cabinet one and it still stands”.

He therefor pledged Government’s readiness to continuously deliberate with stakeholders such as the Ministry of Finance, the ECG, and the schools authorities in order to find an amicable solution to the challenge of power supply to educational institutions.

He urged the students to endeavor to conserve energy so as to enable their institutions to redirect their little resources into other developmental projects.

He cautioned teacher trainees, who were dispelled from the various colleges for non-performance, to desist from taking the law into their own hands and causing mayhem and also stop accusing Government for not doing anything about their plight as Government had no hand in determining the academic standards of schools in the country.

“Academic standards in higher education in Ghana is set by those institutions and Government has no hand in it”, he said.

He said Government was in the process of turning all training colleges in the country into tertiary institutions and that decision called for the upliftment of academic standards in those institutions.

He reiterated Government’s commitment towards the conversion of polytechnics in the country into technical universities adding that the process would commence from September 2016.

He said the panel which was constituted by Government had presented its report which indicated that five out of the 10 polytechnics has what it takes to become technical universities, while three others, with time could also be transformed with the last two being far from the mark.

He pledged Government’s readiness to work to ensure that all the 10 polytechnics come along as it was the aim to turn all polytechnics into technical universities.

Professor Sylvester Achio, Rector of Accra Polytechnic, said the institution had acquired a 130 land at Mpehuasem to serve as a satellite campus to accommodate its growing population.

“The project, which will be handed over to the contractor today, will provide additional classrooms, ultra-modern laboratories, theatres among others,” he said.

He said the institution was constructing an additional four solarized boreholes projects to the already existing ones to help augment the availability of water in the school.

He said the institution was collaborating with the ECG to install metres on housing facilities such as hostels and flats on campus to augment energy supply to enable academic work go uninterrupted.

“The Governing Council has approved for the installation of solar panels on campus to supply energy to all low capacity consuming devices such as fans, light bulbs, gadgets, plugs etc”, he added.

With the Bachelor of Technology in Science Laboratory, five people had First Class, while 28 also had Second Class Upper and 24 others also obtaining Second Class Lower Division.