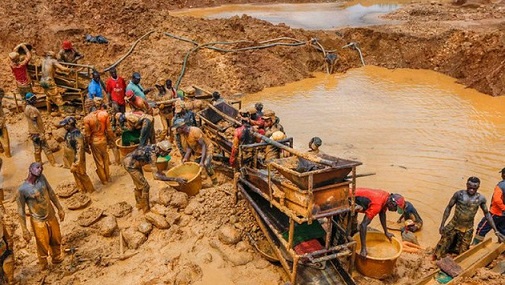 Mr Asomani Nyarko, the Eastern Regional Chief Manager of Ghana Water Company Limited (GWCL), has warned the public not to interfere with the company’s water treatment and supply services.

He said illegal water connections, unlawful mining on water bodies, pipeline damage by road contractors, metre manipulation, and metre by-passing as some of the illegal activities that posed a threat to water production and delivery.

In an interview with the Ghana News Agency in Koforidua, Mr Nyarko expressed worry about mining activities around water bodies such as the Birim River, which passes through Kibi, Bunso, Osino, and Akim Oda in the region, describing it as hazardous to human health.

He noted that wanton mining activities near rivers polluted drinkable water, especially for domestic use, requiring the GWCL to invest a lot in chemical procurement for treatment of water.
Besides illegal activities such as illegal water connections, metre tampering, and metre by-pass caused significant financial loss to the company.

“Don’t just take delight in stealing the water but think about your reputation and desist from illegal connections. The cost of getting water connected to your premises is not expensive,” he said. “You will be dealt with according to the law if you are found to be a culprit.”

Further improvements to the company’s operations in the eastern region are being made, according to Mr Nyarko, through the mapping of GWCL pipes, the installation of digital smart metres, electronic billing, and digital payment of water bills that are exempt from E-Levy.

The GWCL is a state-owned utility that provides potable water to the nation’s metropolitan and peri-urban areas.

21 customers of GWCL in Koforidua dragged to Court

Charles Bissue, Others Under Investigation – OSP