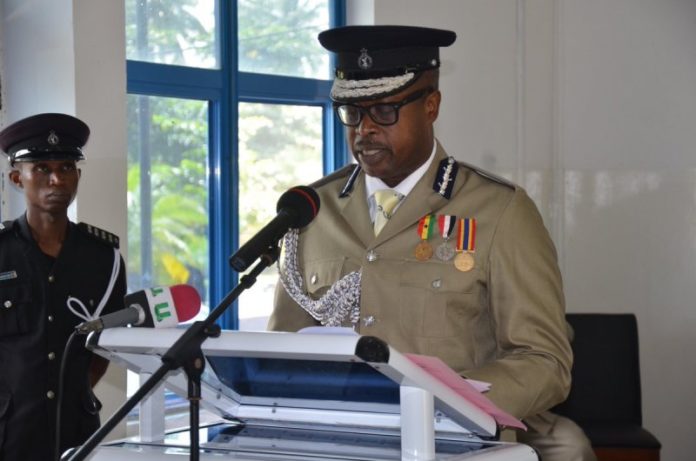 Commissioner of Police (COP) Mr Nathan Kofi Boakye, Director General, Legal and Prosecution, of the Ghana Police Service, has called on political parties to desist from protecting social misfits, hooligans and criminals who run to them for political identity after committing crimes.

He said this was because the Police were ready to unmask and strip criminals off all political colouration and swiftly bring them to answer for crimes they committed without fear or favour.

COP Boakye made the call at the 2020 passing-out parade for 352 first batch recruits of the Ghana Police Training School on Wednesday in Accra.

He said the 352 General Recruits, including 109 females and 243 males commenced training in February this year, and that the passing out marked a significant day in their lives as they started their professional career in the pursuit of service to humanity.

Mr Boakye said in line with Government’s clearance for 8,000 young men and women to be recruited into the Police Service, training of recruits was done in batches since 2017, and the September 2020 passing-out parade was for the fifth batch of recruits in all five police training schools across the country.

Mr Boakye said the first, second and third batches were already constables serving in various parts of the country, while the sixth was still under training.

He noted that at the senior level, the Police Academy for the first time had run three consecutive cadet officers courses in the period of two and half years, with many other in-service training courses organised for personnel in the Service.

Mr Boakye urged the recruits to remember that they were civilians in uniform and be professional on and off duty.

“Today, you are being granted the enviable state authority to enforce the laws, but remember you are also a member of the public, hence you are obligated to comply with the very laws you are to enforce. You must conduct yourselves in appearance and comportment in such a manner as to inspire confidence and respect for you as a person and for the Service in general,” he said.

He said they had come to join a Service, which promoted and maintained group cohesion, provided opportunities for one to realize his or her potential and a Service regulated by many legal frameworks, the 1992 constitution, the Police Service Act 360, Police Service Regulatory CI76, among others and reiterated the need for them to be professional.

“Within these months of training, I have no doubt that you have been thought, coached and mentored with all that can make you efficient police officers and you cannot afford to deviate from it. The police systems work like the money counting machine, it accepts grooms and maintains you if you are genuine and rejects and casts you off if you are a counterfeit. It would expose you if you allow personal feelings, animosity or friendship and political affiliation to affect your official conduct.”

GJA and others mark second anniversary of slain journalist