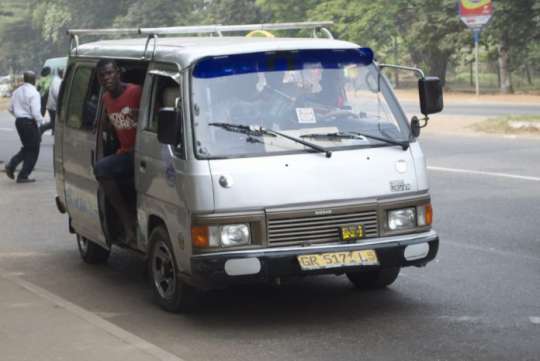 He explained that energy drinks have some negative effects on drivers’ ability to drive.

Mr Afriford, who is also a road crash analyst, gave the caution when he was speaking to the January to June 2022 provisional road crash data from the National Road Safety Commission at a Ghana News Agency Tema Regional Office and the Motor Transport and Traffic Department (MTTD) Road Safety Campaign Platform.

Mr Afriford said for safety on the roads, every driver was expected to rest for at least 30 minutes after every four hours of driving.

Mr Afriford said: “Large and consistent consumption of energy drinks is having effect on road safety; there is the wrong notion among the commercial drivers that these energy drinks boost their system to drive for long hours without getting tired.

He added that drivers, however, developed the false confidence to drive for long hours without resting after taking such energy drinks which contain caffeine.

“We need to get the source of their information, as some who have abused energy drinks have now graduated to the use of other substances such including mixing tramadol with drinks, inhaling petrol or super glue to stay high and awake to drive.”

He called on the NRSA and other stakeholders to collaborate with the Ghana Medical Association (GMA) to sensitize drivers, especially commercial long distance drivers on the effect of consuming caffeinated drinks for driving.

Mr Afriford also admonished vehicle owners against giving outrageous sales targets to their drivers as some used it as an excuse to drive even when they were tired adding that road crash data has shown that fatigue was one of the major causes of crashes.

The NRSA in a provisional report for January to June 2022, indicated that Ghana recorded a decrease in reported road crashes as compared to that of 2021.

The data made available to the Ghana News Agency showed that a total of 7,687 were documented by the NRSA for the first quarter of 2022 as compared to the 8,188 seen in 2021 for the same period.

The data also indicates that a reduction of 401 representing 6.12 per cent was documented by the NRSA.