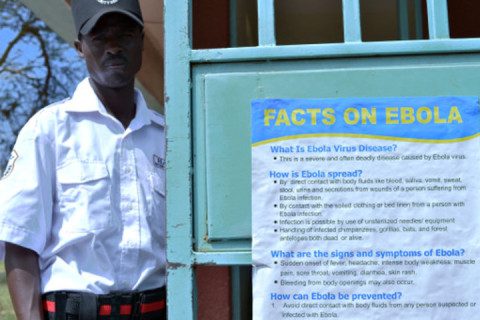 The Kenyan government is helping 12 citizens return home from Liberia where they have been stranded since the Ebola outbreak began, Kenya?s Daily Nation reported Tuesday (October 21st). The 12 will be flown home at the government?s expense, with the Kenya Red Cross Society making the arrangements in co-ordination with the Ministry of Foreign Affairs. The travel costs are estimated to be around 5 million shillings ($56,000).

?Arrangements have been finalised and Kenyans stranded in Liberia following the outbreak of Ebola will be flown back to Kenya next week,? the Ministry of Foreign Affairs said via Twitter. ?Evacuation arrangements have taken long due to logistical issues as well as necessary precautionary measures that had to be addressed.?

The group will depart Liberia Monday (October 27th) on a Brussels Airlines flight. Once in Kenya, they will remain under observation for 21 days to ensure they are not infected with Ebola.

?We are not evacuating. We are supporting Kenyans who have volunteered to return, but are unable to do so due to high costs,? said Ministry of Foreign Affairs Permanent Secretary Karanja Kibicho.

Kenya Airways suspended flights to and from Liberia in August.