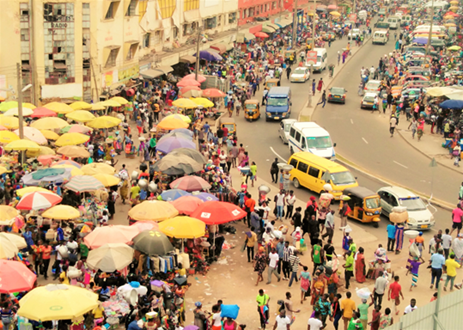 Some members of the Kejetia United Petty Traders Association, have bemoaned the huge cost incurred in their businesses, following the recent relocation exercise by the Kumasi Metropolitan Assembly (KMA).

According to the traders, the exercise, which was to pave way for work to commence on the second phase of the Kejetia/Central Market Redevelopment Project, had left them stranded and affecting their businesses.

“We do not know what to do now, because the KMA is yet to assign us to an appropriate location for our trading activities,” Mr. Kwabena Frimpong, Spokesperson for the Group, told a press conference in Kumasi.

He appealed to the Ashanti Regional Coordinating Council (RCC) to intervene as the affected traders could no longer bear the socio-economic consequences of having to stay at home without working.

Until the recent relocation exercise, the traders per an arrangement with the authorities were allowed to sell on a section of the pavements, especially within the Central Business District (CBD).

However, the Assembly is insisting that arrangement agreed with the traders before the Christmas festivities last year, elapsed in February 2021.

The authorities, therefore, have directed the traders to resettle at the dotted satellite markets, including the Afia Kobi Serwaah Ampem, Race Course, Old Tafo, and Asawasi Markets.

Determined to ensure that the right thing was done, the KMA Taskforce has been clearing the pavements of petty traders in an exercise described by the authorities as warranted to bring sanity to the CBD.

Mr. Frimpong however, explained that the attempt by some of the affected traders to relocate to those satellite markets had not been fruitful, because those areas were already choked.

“There are no spaces at the markets for us to trade, so we are still waiting for the KMA to find us a suitable place,” he noted.