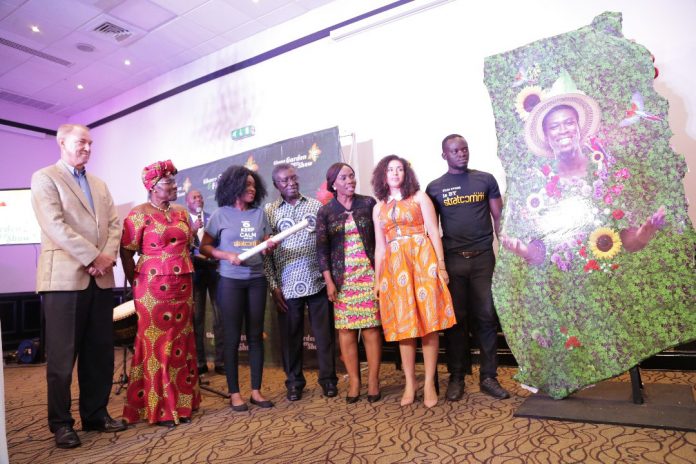 Strategic Communications Africa Ltd. (Stratcomm Africa) has held the media launch of the fifth Anniversary edition of the Ghana Garden and Flower Show at the Labadi Beach Hotel.  The show with the theme, ‘Flower Ghana, Grow Ghana’ will take place from August 31 2017 to September 4, 2017 at the Efua Sutherland Children’s Park in Accra. 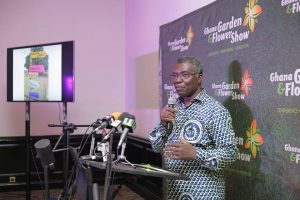 Professor Kwabena Frimpong- Boateng, Minister for Environment, Science, Technology and innovation, who launched the 2017 Show, stated that “The Ministry of Environment, Science, Technology and Innovation attaches great importance to efforts aimed at preserving our environment, particularly by stakeholders in the private sector.” He applauded Stratcomm Africa and its private sector partners for “this significant initiative that has such benefits for our environment”. 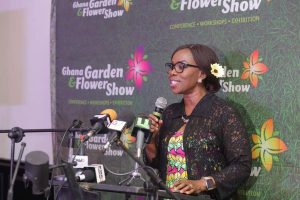 According to the Minister, the “promotion of job creation opportunities in the floriculture and horticulture sector is particularly timely. What we see in regard to floriculture and horticulture is the complete opposite picture from that in the mining sector where illegal mining –popularly known as galamsey – is degrading our environment – polluting rivers and water bodies, undermining agriculture in some of our most fertile areas and even destroying forests. If our young men and women who have been engaged in these illegal acts could rather be trained to engage in floriculture and horticulture and be part of Ghana developing a new export product, they would be better off as individuals, we would all be better off as a nation and our environment would be free from the serious degradation that we have experienced from the illegal mining activities”.

The Minister also emphasized that: “Human survival is dependent on environment conservation; therefore the responsibility to protect and preserve the environment should be for all Ghanaians”.

The launch was attended by His Excellency Ron Strikker, the Ambassador of the Royal Netherlands to Ghana, officials from the public and private sector, exhibitors, Ghana Garden and flower Show Award Winners and the media among others.

Ms. Esther A.N. Cobbah, CEO of Stratcomm Africa said, “this year, Ghana celebrates its 60th Independence Anniversary and the Ghana Garden and Flower Show is also 5 years.  The show has grown tremendously.  In 2013 when the Show began, it had 1,400 participants and 14 exhibitors.  In 2016, we saw an over 400 percent increase in exhibitor participation from the 2013 figure and close to 15,000

She explained the theme for the 2017 Ghana Garden and Flower Show, Flower Ghana, Grow Ghana.  “Flowering Ghana means cultivating flowers which we believe will help grow Ghana environmentally and also in health and in wealth”.  She also explained that the initiative seeks to contribute to Ghana’s realization of the UN Sustainable Development Goals (UNSDGs).

She called on all, private sector, public sector as well as media, religious bodies and individuals to support this effort to help make Ghana Greener, Cleaner, Healthier, Wealthier and more beautiful.

This year’s edition of the Ghana Garden and Flower Show will be held at the Efua Sutherland Children’s Park from 31st August to 4th September, 2017. The Show will consist of an exhibition of flora and fauna, garden ornaments and accessories, the Ghana Garden and Flower Awards, Fashion in the park, party in the park, Jazz night, children’s playground and food court and a bouquet of other exciting activities.