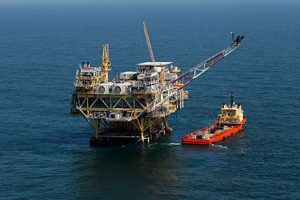 African countries operating in the oil and gas industry have been asked to strengthen mechanisms, including Environmental Sensitive Atlases (ESA), to prevent and respond to oil related accidents.

The ESA provides a concise summary of coastal resources such as fish nurseries, sensitive shorelines and parks that are at risk should there be an oil or chemical spill around those areas.

It also helps to reduce the environmental consequences of oil spills and the cleanup efforts.

Mrs Cynthia Asare Bediako, the Chief Director, Ministry of Environment, Science, Technology and Innovation, said this at the opening of the 9th Regional Conference of the Global Initiative for West, Central and Southern Africa (GI WACAF).

The Conference is being organised by the International Maritime Organization (IMO) and Ipieca, the global Oil & Gas industry association for advancing environmental and social performance, in close collaboration with Ghana.

It seeks to review the progress achieved since the last Regional Conference and to foster discussions to set the strategic priorities for the next biennium (2023-2024).

Mrs Bediako said the country was in support of the decisions of Glasgow Climate Accord to
move away from fossil fuel, especially used in vehicles, as well as the bigger energy transition initiatives to reduce the negative effects of the use of fossil fuels.

Mrs Bediako said, however, many African countries, including Ghana might continue to explore for petroleum in the foreseeable future to meet its urgent developmental needs.

Captain Dallas Laryea, the IMO Regional Coordinator for West and Central Africa, stated that the maritime and petroleum sectors were voyaging through substantial change.

He said the introduction of new Very Low Sulphur Fuel Oils (VLSFOs) as a result of IMO’s “2020 Sulphur Cap” represented the largest regulatory change in the shipping sector for more than 30 years.

Capt. Laryea said it would require substantial change and adaptation from the petroleum sector to meet the new fuel demand in the market.

“For us, within the oil spill response community, it provides a new class of fuels to which we will have to respond, with available information and research on these new fuels still in the early stages,” he said.

A December 2013 study of living dolphins in Barataria Bay, Louisiana, found that roughly half were extremely sick; many suffered from lung and adrenal disorders known to be linked to oil exposure.

Some 1,400 whales and dolphins had been found stranded by the end of 2015, a figure representing only a tiny percentage of the animals affected.

Though the number of dead animals had begun to taper off, substantial decreases in dolphin fertility persisted.
It was thought that the strandings represented the largest mortality event to occur in the Gulf of Mexico.

Birds are particularly vulnerable to the oil’s effects, and many perished from ingesting oil as they tried to clean themselves or because the substance interfered with their ability to regulate their body temperatures.

The 9th Regional Conference will launch a new biennium (2023 – 2024) after a three-years period during, which the project had to rethink its approach to support the region in response to the sanitary context.

For 16 years, the Project has been supporting its partner countries by continually strengthening and adapting its capacity to support their development.