Seth Osei Wire, assistant coach of Bechem United has encouraged his striker Ahmed Toure to be patient and work his way back to scoring form. 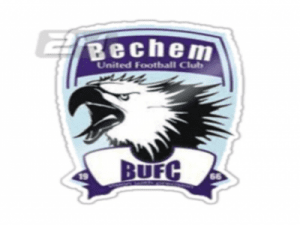 According to Mr Osei Wire, Toure’s goal drought has had implications on Bechem’s season and “I hope he gives us some goals come Wednesday”

“We have been working hard since last week to ensure that he scores on Wednesday in our match against Ebusua Dwarfs”, he said.

Toure has failed to find the back of the net since bagging a brace in a 4-2 away win over AshantiGold SC in match Day 6 of the premier league at Obuasi.

The former Kotoko striker has gone six games without a goal in the Ghana Premier League with the club recording just a win in their last six games, picking a paltry 4 points from 18.

Toure has so far scored 5 goals in the on-going Ghana Premier League.

Speaking to the press on Tuesday, Mr Wire said “goal scorers like Ahmed Toure sometimes have their bad times and he is experiencing his barren moment now, but we are working on it to bring back his scoring boots to beat Dwarfs at least by 2 goals to nil”.

This poor form has seen Bechem dropping out of the top 4 on the league table to the 7th position with 17 points.

Bechem would play Ebusua Dwarfs at home at the Nana Fosu Gyeabour Park on Wednesday.
GNA/www.newsghana.com.gh

GPL: Kumasi Asante Kotoko extends lead at the top of the table