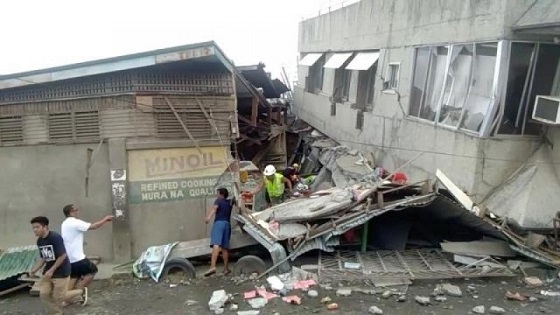 A 6.2-magnitude earthquake on Wednesday jolted portions of the southern Philippines, but there were no immediate reports of damage or casualties.

The quake’s epicentre was located off the southern province of Sarangani, the Philippines Institute of Volcanology and Seismology (Phivolcs) said.

The tremor was felt at strong intensities in the southern city of General Santos, Kiamba town in Sarangani province and Tupi town in nearby South Cotababato province, according to the Phivolcs bulletin.

Phivolcs warned of aftershocks and urged authorities to check buildings and other infrastructure for any signs of damage.

Last week, a 6.4-magnitude quake hit the eastern province of Sorosogon, but no damages or casualties were reported.
The Philippines is located in the so-called Pacific “Ring of Fire,” a geologically active area that is regularly hit by earthquakes and volcanic eruptions.

Man Who Egged Macron Placed in Psychiatric Hospital After Check-up