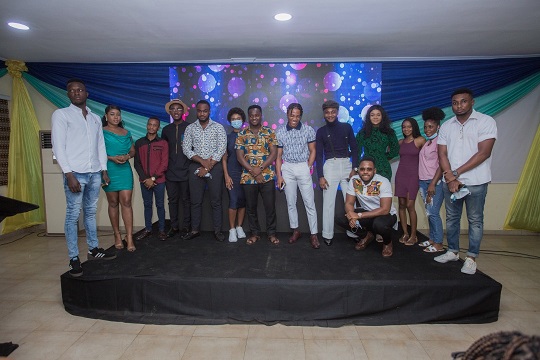 The highly anticipated series by Farmhouse Productions titled “Stryke” has officially been outdoored.

Movie lovers around the world can watch the sitcom by downloading the Farmhouse movie app on play store or subscribe on Amazon Prime to enjoy this hilarious thriller full of suspense as well as some thrills and chills.

Speaking at the media launch, Mr. Ivan Quashigah, Director and Producer for series said his outfit is focused on bringing out quality creative content that would be enjoyed by movie lovers.

He added that, they decided to go digital with this particular series considering the challenges associated with the funding such quality productions.

“The global movie industry is changing with various streaming platforms, so we felt the future of Ghana is in the digital world.

“So during the production of this series we thought about mechanism that will enable the continued production of such series without any breaks and also getting our viewers contributing to production. So that is main reason why we decided to go digital,” he said.

Farmhouse since its establishment in 2006 has churned out numerous TV series including “Things We Do For Love”, “Fortune Island”, “YOLO”, among others.