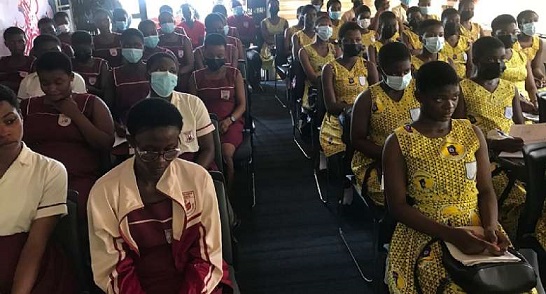 He encouraged them to connect to experts to widen their scope on jobs of interest to better prepare them to easily access jobs after school.

Mr Akpalu was addressing tertiary students at a seminar in Tamale on strategic approaches to combat unemployment among graduates.

He noted that some graduates developed mental health issues as result of unemployment, adding “Inefficient preparation of most graduates for the job market has ushered most of them into abusing drugs.”

The seminar, dubbed: “Strategic Student Development Programme”, was on the theme: “Hybrid Students”.

It was organised by SOLNetwork Mentorship Group, in collaboration with Total Life Enhancement Centre, Ghana (TOLEC – GH) to build the capacity of students to take advantage of emerging employment, business and investment opportunities to minimise incidences of drug abuse amongst young graduates.

Mr Akpalu expressed the need for students to desist from the habit of drug abuse, saying the practice could negatively affect their health and minimise their contribution to the national development agenda.

Mr Peter Amadu Mintir, Executive Director of TOLEC-GH said the rise in drug abuse and mental health related cases among the youth called for a more comprehensive approach by all stakeholders to address it.

He indicated that most of the cases recorded were attributed to depression, idleness and unemployment, saying “If the youth are engaged in productive ventures, they will not have the desire of abusing drugs, which will later deteriorate their health.”

Mr Amadu called for the establishment of well-resourced rehabilitation centres to improve the delivery of psychological services to victims of drug abuse.

Dr Arnold Mashud Abukari, Chief Executive Officer of Hyperlink Group, speaking under the topic: “Industrial Intelligence – How to survive as a graduate in a hybrid work environment”, said the working environment required more industrial skills, competence and intelligence, which would guarantee their productivity.

He called on students to be innovative and improve their technological expertise to have a competitive advantage over their counterparts.

Mr Marvin Selassie Ackuayi, a level 200 student of Development in Education Studies at the University for Development Studies commended SOL Network Foundation and partners for the initiative, saying it had broadened their expectations for the job market.