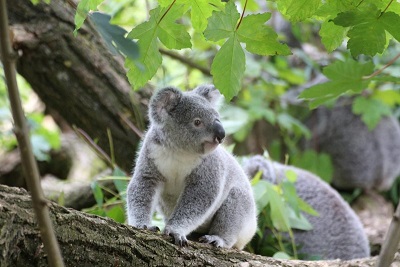 Koala populations across Australia’s state of New South Wales are in “steady decline” due to stress on their immune systems caused by habitat destruction and bush fires, a new study has found.

Massive land clearance, habitat loss from fires and heat waves were leading to the koala’s immune systems being overpowered by extra pressure, one of the study’s authors Edward Narayan told dpa Thursday.

“The data shows that koalas are operating at the upper limit of the physiological threshold to cope with environmental change,” he said.

They found that the populations have steadily declined mostly due to diseases – the most common being chlamydia – which they have become more susceptible to due to “prolonged exposure to stressors.”

The study, published in the journal PLOS ONE on Wednesday, warned that the environmental trauma and diseases were pushing the koala to “the brink of extinction.”

“It’s not a surprise, but an eye-opener,” Narayan said.

Community groups and volunteers have been successful in treating many rescued koalas that have contracted diseases, but “we need to heal the environment, not one individual animal,” Narayan said.

The data, taken from 1989-2018, shows that policies and actions being taken are not working to protect the species long-term.

The study said there is an “urgent need to strengthen on-ground management, bushfire control regimes, environmental planning and governmental policy actions that should hopefully reduce the proximate environmental stressors in a step wise approach.”