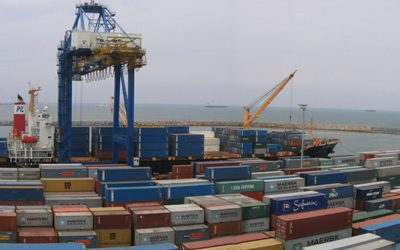 Managing Director of Ghana Link Network Services Limited, one of the five Destination Inspection Companies (DIC?s) operating in the country, Nana Asamoah Boadu has added his voice to calls on importers and clearing agents to always endeavour to submit genuine and accurate documents to enable the companies process them on time for quick clearance of cargo from the ports and other points of entry.

According to him, most of the delays that characterize the clearance of cargo from the ports has to do with the submission of fictitious documents that have been tampered with which has been the bane of fast cargo clearance in the country.

According to him, the release of Final Classification and Valuation Reports, (FCVR?s) has always largely been hampered by the non-compliant nature of importers and clearing agents over time and that the earlier the trend is reversed, the better it will be for international trade facilitation in the country.

Nana Asamoah Boadu pointed out that the companies have on numerous occasions and at every opportunity impressed upon the importers and clearing agents to always help the process by submitting only genuine documents, adding that some have complied with the advice whiles a few others still remain intransigent.

According to him, the computerised risk management system (CRMS) of the companies allows them to give fast clearance to compliant importers and agents through the gold channel while delaying those who try to beat the system.

He explained further that they have also helped in the enhancement of government revenue by accessing real values on imports from their issuing units abroad, noting that the higher the Cost Insurance and Freight (CIF) value, the higher the duty or revenue that will accrue to government.

Nana Asamoah Boadu said there have been a lot of improvements and transformations in the clearance process, saying there used to be a lot of human interference in the process, but that has drastically reduced with most transactions and the issuance of FCVR?s presently being done online.