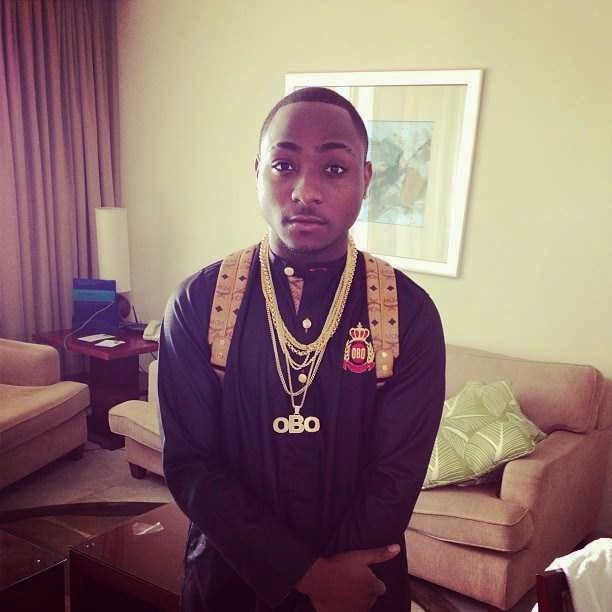 For the second time in about a month, Davido has had to speak on his beef with Wizkid.

The first time, he spoke with Sahara reporters where he said he had no issues with Wizkid at all.

But in his recent interview with Olisa Adibua on ?? Davido takes his time to explain in details his side of the story.

According to him, ?Since I came out, there has always been this comparison between me and Wizkid, but there?s room for everybody, we are not doing the same thing. Funny enough, we used to see each other around at clubs and back stage of events, and there was no problem at all. I?ve always been a good fan of him, he makes good music, and it all started with a flight to New York. Funny enough, this is the second time we were on a flight together, the first time was when we went to Benin and it was a successful show.

So when we came out from the flight in New York, people were surprised to see us together, so a lot of people wanted to take pictures with us and show that unity, and it felt cool. So we all left the airport, he was going for his own show in new York, while I was going for my Canadian tour, but I went through New York. But about 3 months before his own show, I had my own show and my venue was below capacity, we had like 2,000 people inside and over 3,000 people outside, and you know people in New York don?t waste time, they call the police over every little thing.

It wasn?t anybody?s fault, but it?s the love people have for me, it?s never happened in New York history to have an African artiste sell out a venue, so the venue was where they were expecting about five hundred people and over 4,000 people showed up. So after my show, naturally Wizkid was the next choice for them to bring to New York. So when we left the airport, you know I?ve been in America all my life, so we spoke about hooking up later at night and just hang out with friends and show them that Naija boys can do it too. Only for me to get to the hotel and the next tweet I saw from him was ?proper shows, proper venue? and I was like common, to be honest if we were not on the same plane together, I wouldn?t have cared, but the fact that we were together in the same plane, same cabin and we spoke. It was then I knew that either this dude doesn?t like me or someone with him doesn?t like me.?

Davido is very convinced that Wizkid doesn?t like him at all and he clearly aimed the shot at him, even though Wizkid said he wasn?t talking to anyone in an earlier interview where he said: ?The situation is just so funny to me, because we all were on the same flight, I was only tweeting and talking about my show, I was talking about myself, you know I had a show in New York a year before that sold out, but the sound was bad, the venue we used was crazy and fu**ed up. So this time I landed at the airport, drove through the venue and I saw my name in lights and I was like wow, I came down, took a picture and I posted it with the caption ?Proper shows, proper venues?, and people started catching feelings.

If I was really talking to anyone, then everyone else like Iyanya and others that have done shows in the US should be mad at it. When I saw it, I just smiled because I don?t have time. If you get mad at that, then it means you don?t do proper shows at proper venues. I was just promoting my show. I feel like if am happy about my success and you are hating on it, I don?t know if I?m to consider you as a friend or foe.?

But Davido feels otherwise saying ?it was very clear he was talking to me, who else did a show in New York, it?s very clear. I have no problem at all, Nigerian music is just growing and it?s still the two of us that?s taking it International, and I don?t have time for beef, I?m just doing music for what I love, but at the end of the day I don?t want to be disrespected, just leave me alone I won?t disturb you and you shouldn?t disturb me. Everybody knows he?s making money and I?m making money too.?

Apparently, peace is still a very long way off as far as these two super stars being cool with each other is concerned. All said and done, it doesn?t look like they?ll be hanging out together anytime soon.

“The One” album will win Ghana its first Grammys – Jupitar

WatsUp TV at 5, the chronicles of an emerging African Brand led by ABD Traore