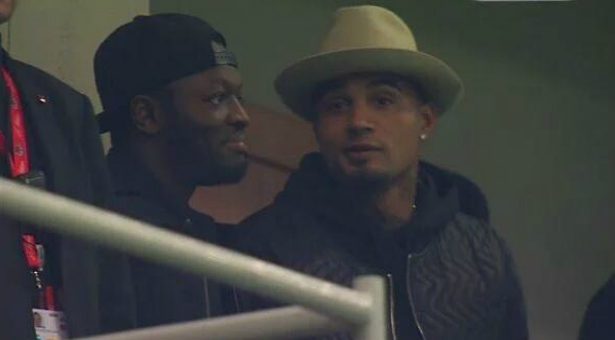 Ghana duo Muntari and Kevin Prince Boateng were at the San Siro on Saturday to watch their former club AC Milan play out a 0-0 draw with Atalanta.

Muntari is recovering from an injury which has sidelined him at Saudi side Al Ittihad Jeddah.

But Boateng, who is unattached, has been training with AC Milan until 31 December.

Milan have stuttering this season in the Serie A as they lie sixth on the league table after 12 matches.