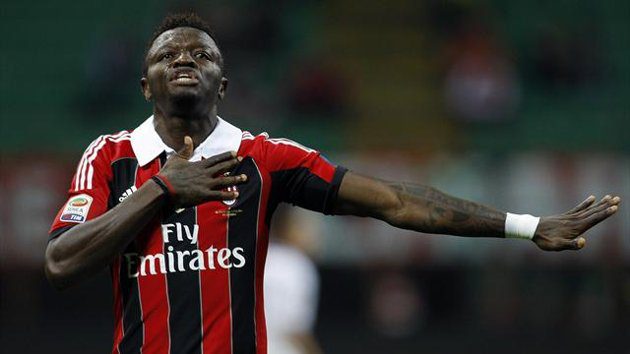 Sulley Muntari was rated the best player for AC Milan during their 2-0 win at Fiorentina on Wednesday.

Philippe Mexes 23 and Mario Balotelli were on target for the Rosonneri as the recorded their first win in five games and helped to lift the pressure on manager Clarence Seedorf.

The Ghanaian international was rated 7/10 with an impressive outing at the Artemio Franchi.

The 29-year-old was the balance of the media as he blocked everything and everyone, embarrassing Neto with a torpedo from outside and almost nearly doubling with another slap on an assist from Honda.

Muntari?s form will excite Ghana coach Kwesi Appiah ahead of the 2014 FIFA World Cup in Brazil.