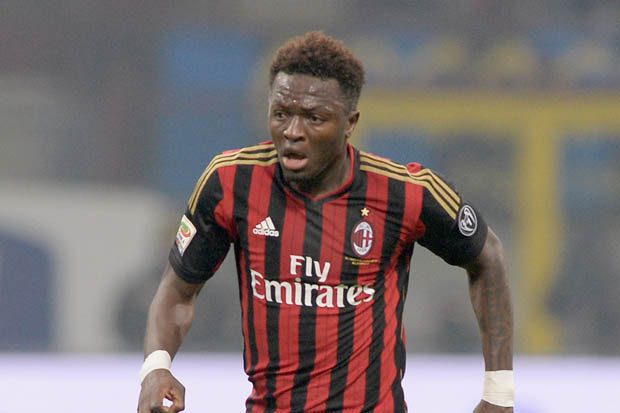 Ghana international Sulley Muntari seemed to have hit a new low in his career this week: reports emerged of a public spat with friend and occasional teammate Kevin-Prince Boateng.

For a man who has fallen out with both his national team and his club in the last 12 months, this looked like merely the latest episode in the sad tale of the steady decline and isolation of a very good footballer.

Finally, however, there appears to be some good news to report about the want-away midfielder who announced himself unwilling to play for current club AC Milan back in April and has effectively been searching for a new team ever since: he?s ready and willing to play for Milan again, says Calciomercato.com.

Whether Milan has any interest in retaining the services of Muntari is a different question, but he is under contract until 2016.

And the value of that contract is estimated to be around $5.7 million. Plenty of people hang out in Milan for a lot less. So Muntari?s renewed enthusiasm for patching things up with his club is easy to understand.

As for AC Milan: the team has fired Filippo Inzaghi, and it could be argued by that Muntari just wasn?t the right sort of player for the former head coach?s tactical plan.

A new manager should bring a fresh look at the squad, and perhaps the fresh start the 30-year-old midfielder has been seeking.

It has been a while since the rumor mill tried to link Muntari to MLS or the New York Red Bulls.

There have been many subsequent rumors regarding Muntari, but none has stuck (though he is still being talked up as an Everton transfer target).

And that apparent lack of success in finding a new club may be a significant factor in his reported desire to stay with his current one, however uncomfortable recent months may have been.