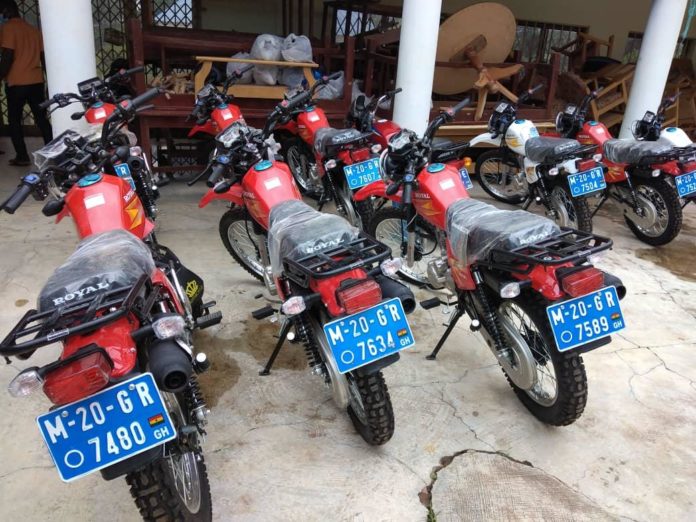 A Sunyani District Magistrate Court ‘A’ has remanded a porter, Kwadwo Adam for stealing an Apsonic motorbike belonging to one Dong Martin Gamba at Antwikrom, a farming community in the Sunyani Municipality.

Kwadwo Adam, aged 30, was remanded after he pleaded guilty to the offence.

The Court presided by Mr. Eric Danine ordered that he should be held in custody and would get to know of his punishment on Tuesday, April 26 this, year.

Police Sergeant Clement Adongo told the Court that the accused on Tuesday, July 27, 2021 borrowed Gamba’s motorbike with registration number M-20BA-2657 to buy something in town (Antwikrom).

He did not return the motorbike worth GHC4,200.00 as promised and so complainant (Gamba) and his colleagues searched for accused but they could not find him.

Gamba therefore filed a formal complaint with the Police at Atronie and information was sent to Goaso, Mim and other stations in the Asunafo North Municipality of the Ahafo Region.

The prosecution said on Tuesday, March 29, 2022 the accused had been arrested at Goaso.

30 days imprisonment given to a Porter for stealing

US Ambassador to Ghana sworn-in

Three face the law for stealing

If we destroy ourselves,we only divide NDC- Lampo