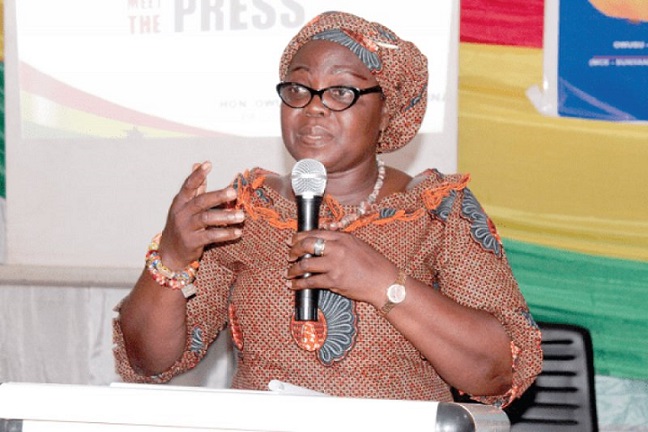 Madam Justina Owusu-Banahene, the Sunyani Municipal Chief Executive has inaugurated the Abesim Zonal Council of the Assembly, with a call on members to actively engage traditional authorities in the area in decision making.

Madam Owusu-Banahene told the 10-member council that chiefs and queens played a critical role in the development process, and asked the council to make regular contacts with them in identifying and addressing the development needs of the communities.

“Let’s bury all our differences, swallow our pride, remain united and cooperate with our chiefs and opinion leaders in the decision making process to facilitate accelerated development in our localities,” she said.

Madam Owusu-Banahene underlined the need for the council to let transparency and accountability be their guide in the discharge of their constitutional duties, so as to win the trust, confidence and support of the people.

Accountability and transparency, she added, would renew the voluntary spirit of the local people, and spur them to contribute to the development of the localities.

As a sub-structure of the Assembly at the local level, Madam Owusu-Banahene noted transparency in decision making would greatly reduce rumour mongering among the people and would not thwarted development efforts.

She advised the council against partisan politics in their work, saying that could divide them and stall the development of the community.

Mr Osei Mensah, the Assemblyman for Mireku Electoral Area and Chairman of the Council, thanked the people and the Assembly for the confidence they had reposed in them, and prayed that with their support the council would be able to work towards addressing the immediate development needs of the localities.