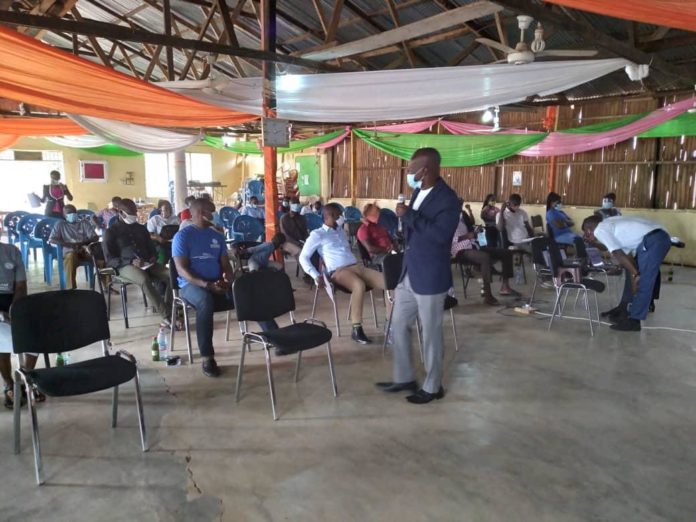 He said local communities owned development projects, and it was in their interest to monitor construction of those projects.
Mr Boaheng made the call during a town hall meeting organised by the Assembly at Odumase, the Municipal capital.

The Sustainable Mission Aid (SMAid), an international Health, Relief and Development Non-Governmental Organisation (NGO) that partners with vulnerable communities to improve their socio-economic livelihood organised the meeting with support from CARE, OXFAM, and ISODEC.

The SMAid has established Community Development Monitors (CDM) to constantly monitor development projects in the Municipality.

Mr Boaheng lauded the establishment of the CDMs, but added that it was the responsibility of all the community to play their quota towards the development of the municipality.

He told the CDMs to endeavour to visit project sites regularly and monitor all stages of construction and report lapses to the Municipal Assembly, and advised them to also ensure a healthy relationship with contractors.

The town hall meeting was held on the theme ‘’Promoting health; Reaching the unreached and serving the underserved”.

Mr Boaheng said the assembly had constructed several health and educational projects and mechanised boreholes to improve on the lives of the local people and urged the CDMs to also ensure that local communities adopted the culture of maintenance to make development projects last longer.

He added the Municipal Assembly had engaged some teeming unemployed young people in the municipality, and they were going through employable skills training such as tiling, livestock, poultry, and grass cutter rearing and mushroom production to better their lives.