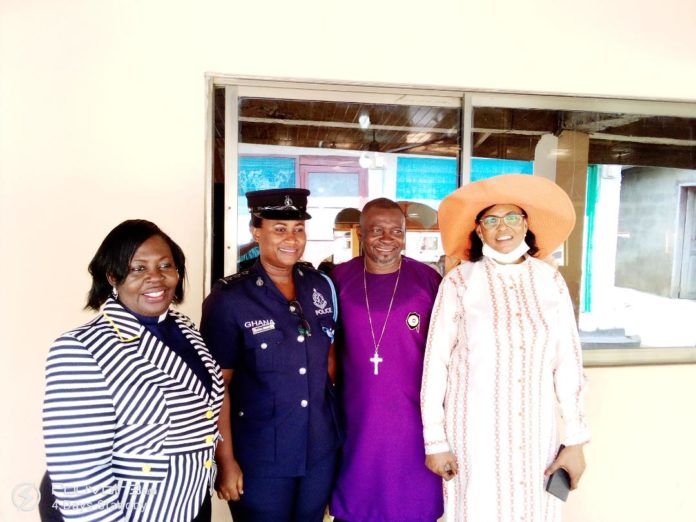 She said adequate security steps have been outlined for smooth policing of electoral processes, giving no space for violence.

Speaking at a National Peace Rally organized by Pastors In Prayer Worldwide Network (PPWN) in Accra said the Ghana Police Service together with sister security services would create the enabling environment for eligible voters to exercise their franchise devoid of intimidation fear and threats of violence.

She called on religious leaders to impress upon their members not to allow their political differences to divide them since all cannot believe in the same political ideology.

She respectfully implored all ministers of the gospel to always use their platforms to preach peace messages that would foster peace and unity amongst their congregants.

Apostle Micheal Israel Ameniyu, President PPWN urged believers to stand in the gap to consistently pray for the peace of the nation before, during, and after the general elections.

He said many nations look up to Ghana as a peaceful nation and that should not be taken for granted but preserved by citizens by their actions and inactions.

“God will make Ghana a place where we can leave and prosper in peace because this election would be peaceful without bloodshed,” he said.

Apostle Dr Gina Aba Wood Eshun, Founder PPWN as the elections drew closer the political climate and security issues prompted the need for a unified effort by stakeholders to intercede and pledge for peace for the country hence the National Prayer Rally.

She said the association was a network of pastors, music ministers, intercessors, and believers across the globe who love to pray.

She said some activities patronized by the network included; prayers fellowship, help the needy in society mainly pastors in prison, the sick, destitute, or very elderly.

It has an awards platform to honour outstanding labourers in the vineyard of the Lord, provide mentoring for upcoming pastors and ministers, training platform, and networking opportunities amongst Christian believers.

Volta Fair will deliver on the hype