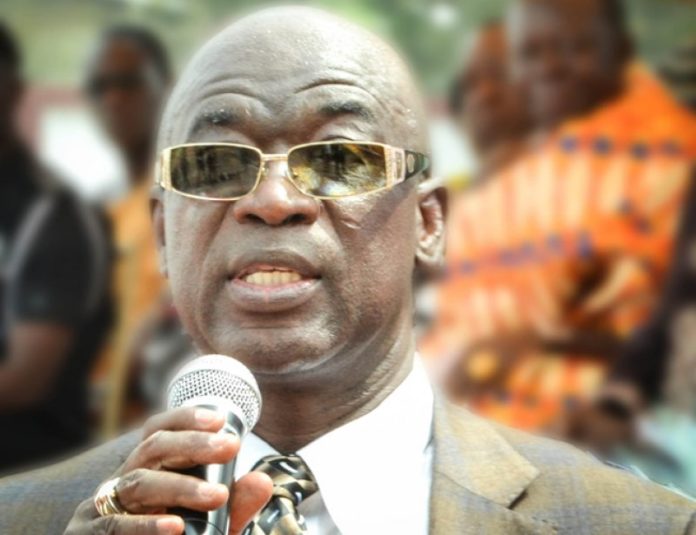 Dr Kwabena Adjei, the Chairman of the Kasapreko Group, has called on government to intensify its support to the private sector as it is key to boosting the economy and promoting national development.

He said the private sector could only thrive when government introduced policies that would help to create an enabling environment for growth.

“The private sector is the engine of growth for every economy, but the private sector can only thrive in an enabling environment anchored on good ‘growth driven’ policies by Government,” he said.

Dr Adjei said this at the launch of a Kasapreko multi-million-dollar Water, Juice and Soft Drinks factory at Tanoso in the Ashanti Region.

The new factory, a part of government’s flagship 1-District-1-Factory (IDIF) initiative, is set up on a 10,000-square metre property, with a capacity to produce 35,000 bottles of juices and non-alcoholic drinks per hour and 15,000 bottles of water per hour, working at full capacity.

The factory would employ 300 people directly and generate some 3,000 indirect jobs through the supply chain, a statement from Kasapreko, copied to the Ghana News Agency in Accra, said on Sunday.

Dr Adjei expressed profound gratitude to the Government for the 1D1F initiative, which assisted Kasapreko to access a $25 million Stanbic Bank loan for the construction of the factory.

“I want to use this occasion to congratulate President Akufo-Addo and his Government for the ideation of the 1D1F program aimed at creating jobs for Ghanaians through the setting up of factories and industries, which will in turn move the country towards greater industrialisation,” he said.

The factory is equipped with world class machinery that would contribute to the production of high-quality brands of beverages in different specialised packaging formats that could compete favourably with international brands.

“Indeed, Kasapreko appreciates its association with the Government of Ghana on the One District, One Factory initiative and finds it timely to have been supported by the Government to promote a Ghanaian owned business,” Dr Adjei said.

“Government has indeed gone beyond making pronouncements on the promotion of made-in-Ghana goods to supporting it with actions and Kasapreko family is happy to have been a part of this transformation agenda.”

“For those who do not believe the 1D1F programme is real, please note that Parliament has approved a five-year tax waiver for Kasapreko, worth 28 million dollars, on machinery and raw materials because of 1D1F,” he said.

He said the decision to have a subsidiary factory in Ashanti Region was strategic as it would serve the middle and northern belts and also relieve pressure on the main factory in Accra.

“The factory will not only be serving the Ashanti, Bono, Ahafo, and Northern regions but also export to Burkina and Côte d’Ivoire,” he added.

The CEO called on all to promote locally manufactured products as they had proven to be of high quality, many times than the imported ones.

Set up three decades ago at Nungua in Accra, Kasapreko produces carbonated soft and alcoholic drinks.