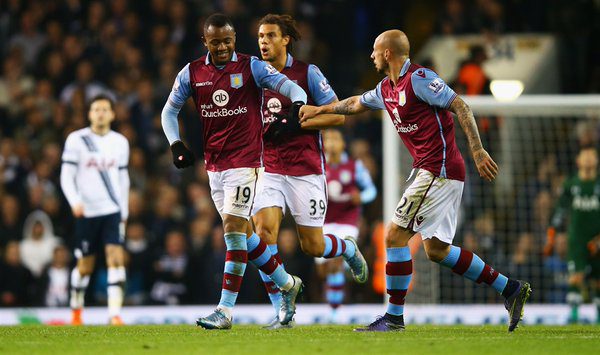 Aston Villa fans have picked Jordan Ayew as the man to lead their attack in the team they believe to be the strongest available to new coach Remi Garde.

A survey carried out by a newspaper in the UK shows that the claret and blue faithful think the Ghanaian attacker is their most effective finisher.

A 4-5-1 set-up is the favoured formation with Jordan Ayew, who has scored two goals in his last two Premier League games, as the lone striker.

The revelation is a massive confidence boost for the Ghana striker who came under fire for not scoring for two months with the club he joined in the summer from French side Lorient.

However, strong performances last month and two goals in two matches has turned the tide in Ayew’s favour with many now believing that he can steer the side out of their relegation troubles.

The claret and blue faithful believe that inexperienced wideman Adama Traore, 19, should start on the right wing with Jack Grealish out on the left.

Those on the terraces also favour a middle three of Idrissa Gana, Carlos Sanchez and Carles Gil. Ashley Westwood just missed out.

In defence, Villa fans would still like to see how Micah Richards performs at right-back alongside a central defensive partnership of Jores Okore and Ciaran Clark. Jordan Amavi is the preferred option at left-back.

Below is the team with the most votes in each individual position: 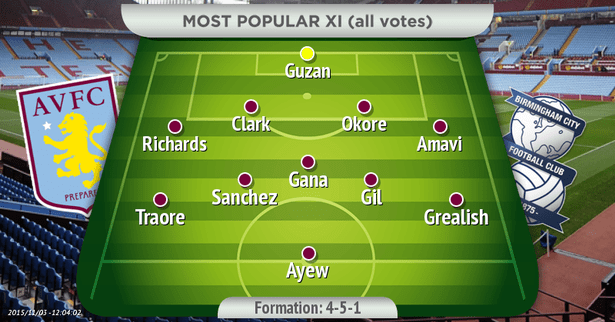