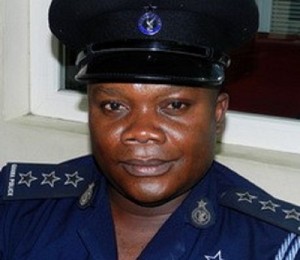 The Public Relations Officer of the Ghana Police Service (GPS) Superintendent Cephas Arthur has dispelled rumours that 3,000 police recruits have been sacked for possessing fake certificates and having criminal records.

He said only 206 (two hundred and six) police recruits were sacked over the weekend and not the number speculated by a section of the public.

Speaking on Abusua FM’s Abusua Nkommo hosted by Kwame Adinkra, he stated that 3,000 is a huge figure which would have interpreted that all the recruits were affected, calling on the public to disregard the figure.

ASP Arthur indicated that the sacked recruits will not even number up to 300.

Touching on why the service is not able to fish out recruits with fake certificates after submission of their documents, he explained that the fake certificates are not readily known but are detected after investigations at the various institutions and WAEC.

He wondered why some people presented fake certificates after various announcement in the media warned that fake documents will not be tolerated.

‘I cannot really give you the figure of police recruits sacked as I talk to you now, but the figure is 206 per the directive issued over the weekend and not 3,000. We warned them not to submit fake certificates and that personal assement will be subjected to scrutiny but as human beings, some pople would always want to test the system,’ he explained.

Asked if the sacked recruits will be called back, he said ‘people with issues that bother on criminalities will be made to face the full rigours of the law, for instance people who changed their English F9 to B2 will also face the law because it was a planned act’.

The recruitment was made under the erstwhile NDC administration, under the leadership of former Inspector General of Police (IGP) John Kudalor.

Some of the recruits were under going training at the National Police Training School (NPTS) in Accra, Koforidua in Eastern region, Pwalugu in the Upper East Region, Kumasi in the Ashanti region and Ho.