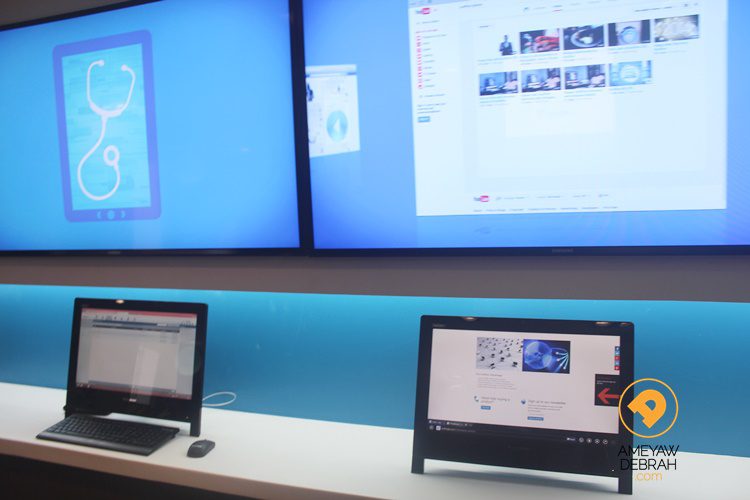 But the Surfline boss told Adom News “We are not in discussion concerning acquisition at this time…the information out there is flawed.”

He rather confirmed earlier reports by Adom News that Surfline and Vodafone were in service partnership talks, saying that they have made progress towards realizing an arrangement that would see Vodafone customers enjoy Surfline 4G services.

“We have had joint conversation concerning Surfline providing them (Vodafone) with White Label service thus allowing users (of Vodafone) to partake in our excellent 4G network,” Rottmayer said.

He suspects that those speculating about Vodafone making moves to acquire Surfline, may have heard about the white label discussion and then made some leaps into the meaning.

It would be recalled that more than a year ago Adom News reported that Vodafone and Surfline presented a partnership proposal to the National Communications Authority (NCA) but their plans were stalled for “lack of regulatory framework for such partnerships”.

But Rottmayer said they have since made progress with the NCA, adding that both companies have had fruitful discussions with the NCA on the planned white label partnership and many other opportunities.

He however noted that there are a few technical and commercial obstacles they need to work through to secure the green light from NCA and then rollout Surfline 4G services to a wider Ghanaian population on Vodafone.

“We are all very sure that these minor issues will be resolved and we can move forward to expand the 4G offering to a larger Ghanaian base,” he said.

Industry watchers believe this partnership would be one of Vodafone’s main strategies to counter the threat of the AirtelTigo merger. It is also a major move for Surfline to rekindle investor confidence in Broadband Wireless Access (BWA) sector.

Whereas the Surfline-Vodafone partnership promises to widen 4G accessibility, it is also faced with a possible opposition from market leader MTN, which acquired a 4G license for a whopping $67.5 million just two years ago.

All other telcos, particularly Vodafone, have been very vocal on the point that the license cost was way too high, and they are not in the position to even acquire the license for half that price.

MTN has also made the point that it would not sit by and watch any telco enter the 4G space through the “backdoor” in the form of partnerships.

“If they want to come in they must also cough $67.5million and acquire a license to ensure a fair playing field,” an official of MTN said on grounds of anonymity.

It is however unclear how MTN will practically respond to this Vodafone-Surfline partnership, which is nearing realization.

But an industry expert said there are a number of options available to MTN – either they would seek to get some refund from NCA, which is very unlikely, or go to court and stop the “backdoor” entry by Vodafone.

Rottmayer, however, believes the Surfline-Vodafone partnership will be a game changer in the 4G space, and if MTN believes in their 800MHz 4G network, then they should welcome the partnership and encourage the competition.