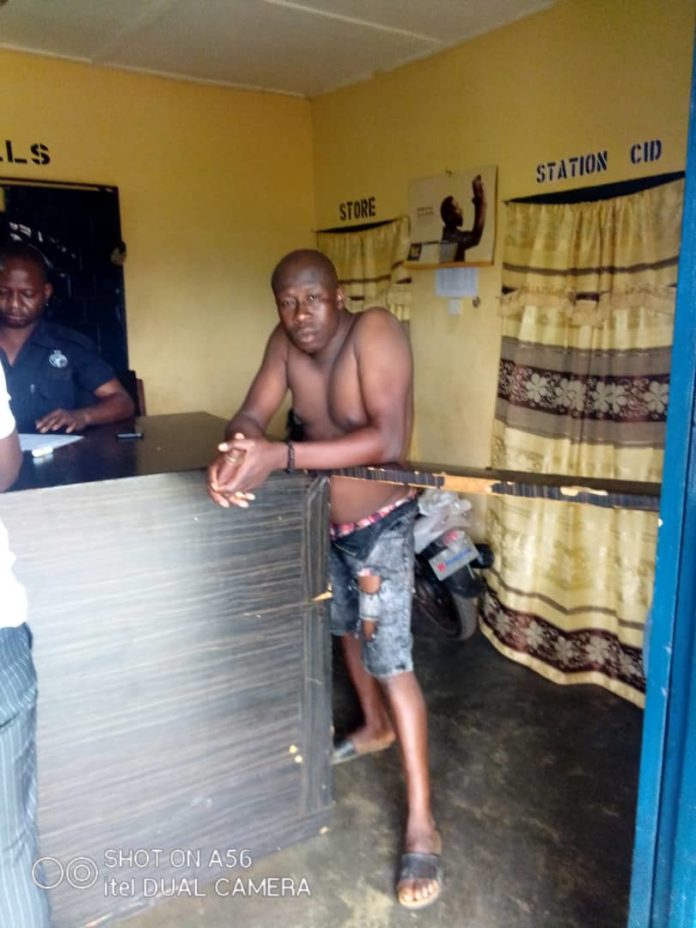 Police at Nsuta in the Techiman South Municipality of the Bono East Region have arrested a young man for allegedly destroying a political party billboard.

The billboard, which was mounted along the Nsuta-Techiman road belonged to Mr Christopher Bayere Baasongti, the Election 2020 Parliamentary Candidate of the National Democratic Congress (NDC) for the Techiman South constituency.

Samuel Oduro, the suspect who is a resident of Agosa, also in the Municipality on the Techiman-Sunyani highway has since been placed in Police custody at Techiman.

The Ghana News Agency (GNA) learnt the incident happened on Monday, August 31, 2020.
Police Sergeant Boakye Yiadom of the Techiman Divisional Police Command confirmed to the GNA and added that investigation was on-going.