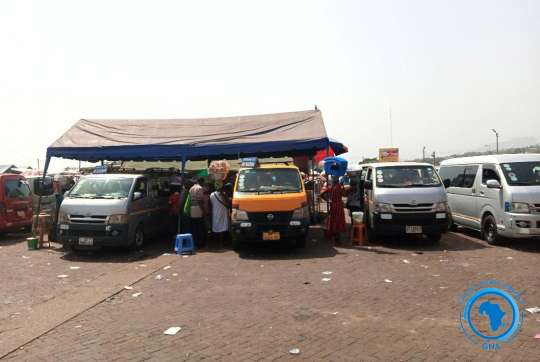 Two Kumasi bound vehicles from Tumu, in the Upper West Region, were grounded on Saturday with the drivers blaming the mechanical faults on fuel suspected to be adulterated.

One of the drivers, who pleaded anonimty, told the Ghana News Agency (GNA) that soon after the bus had left Tumu for Kumasi, it developed a fault and all efforts to get the problem fixed were unsuccessful.

He said he arranged for another bus to convey the passengers to Kumasi and upon its arrival, the two drivers agreed to siphon the fuel onto the new bus to get the required fuel for the journey.
“After transferring the fuel onto the second bus, it also developed a similar fault and even affected the injectors, which is estimated to cost GH¢30,000,” he said.

The driver said he bought the fuel from an agent, which might have been adulterated, causing damage to the two vehicles.

The passengers, therefore, had their monies refunded.

He said the cost of diesel, currently being sold at GH¢23.00 per litre in Ghana, had compelled most vehicle users in the area to turn to nearby Burkina-Faso to buy the product, where it was sold at GH¢14.00 per litre.

“This is affecting many vehicles and motorbikes as the quality of the fuel is compromised. We cannot help but get it to move our tractors and other vehicles,” he said.

The driver appealed to the government to consider reducing prices of petroleum products to keep them in business.

Mr Joe Adjei, a passenger on the bus, said he and the other passengers had to make alternative arrangements for tickets, which was time wasting, and appealed to the government to lessen the burden on Ghanaians by subsidising fuel costs.

66.7% of drivers attempt to bribe police to avoid arrest – YAFO