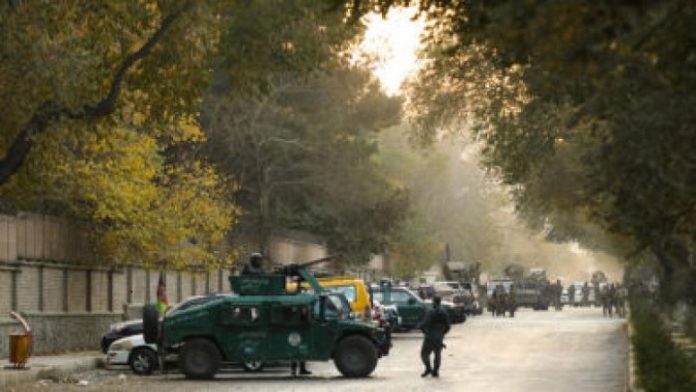 The massacre, which local authorities have called a “brutal terror attack” took place late on Sunday in West Wollega in the Oroma region, where armed men rounded up and executed civilians, mostly ethnic Amhara, the regional government’s communication office and the Amhara Region Prosperity Party said in statements.

The official death toll was not known. According to Amnesty International, at least 54 people of the Amhara ethnic group were killed. The Ethiopian Human Rights Commission (EHRC), a government body, said 32 were killed, but that the death toll could be much higher.

“Women, children, the elderly and the youth were subjected to killings, abductions and injuries,” the regional government’s statement read.

Local authorities suspect the armed rebel group and ethno-nationalist movement Oromo Liberation Army (OLA) to be behind the massacre, but no group has claimed responsibility for the attack.

According to Deprose Muchena from Amnesty International, the attack occurred shortly after government troops unexpectedly left the area without an explanation, raising “questions that must be answered.”

Ethiopian Prime Minister Abiy Ahmed on Monday condemned the “heartbreaking” attack, saying he had deployed security forces to the area.

“Ethiopia’s enemies are vowing either to rule the country or ruin it, and they are doing everything they can to achieve this. One of their tactics is to arm civilians and carry out barbaric attacks based on identity,” Abiy said in a statement.

Ethnic Amhara are the second-largest ethnic group after the Omoro in Ethiopia. The two groups have a long-standing conflict, with the Omoro accusing the Amhara of marginalizing them.

After Abiy came into power, he introduced reforms to make peace with several armed groups, though OLA continues to fight against the government.

EU foreign policy chief Josep Borrell on Monday expressed worry about the situation and called on all parties to show restraint, warning against a destabilisation of the country and the region.