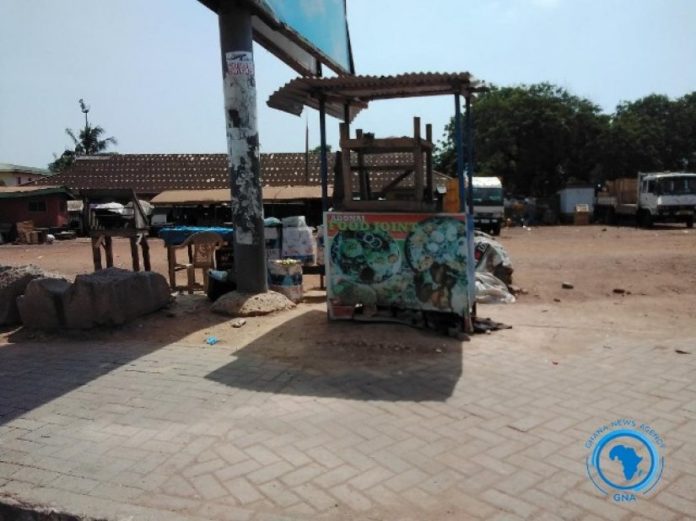 The Council said the person who had been named as the Teshie Mantseh, Mr. Theophilus Armarh Ashai, with the stool name Gbetsoolo Nii Ashitey Akomfra, was not the rightful occupant of the Mantse seat and recognising him as such could jeopardise the peace of the Teshie community.

This was made known to the Ghana News Agency (GNA) on Wednesday during a press conference organised by the Teshie Council of Elders on the supposed error that was being entrenched in the Teshie Traditional leadership.

In a speech during the press conference, Nii Nortey Tuaka II, the Shippi of Teshie, Mr. Paul Akpor Sowah, Council Secretary and the Council of Elders recounted how, as part of efforts to resolve Teshie Chieftaincy issues, a report was produced in 2016 which had proposed candidates for Mantse, Mankralo and Shiketele.

The Shippi informed that subsequently, a letter came from the Regional House of Chiefs withdrawing the position of Mankralo and then the proposed Mantse also passed on.

Nii Tuaka II indicated that the report that had come from a fact finding committee of the Greater Accra Regional House of Chiefs and approved by the then Minister for Chieftaincy Affairs, Mr. Samuel Kofi Dzamesi, was withheld by the then Osu Mantse, late Nii Nortey Ocquaye Kinka Dowuona VI.

He indicated that, based on a court order, the then Osu Mantse gave them a report but they suspected that that was not the original report because the name Theophilus Armarh Ashai had been inserted as Mantse instead of Samuel Ashitei Ahulu with Nii Ashikwei Kwao Botwe as Dzaasetser.

Nii Tuaka II indicated that the report that was signed by the Registrar had no signatures of the three chiefs who conducted the fact finding, a situation the Council of Elders had challenged before the Regional House of Chiefs and that the Council was waiting for another hearing session.

“Whilst we wait for a new date, information got to us that the Registrar was preparing to inaugurate a Traditional Council for Teshie early April.

Nii Tuaka II observed that it was not proper to go ahead and inaugurate when the legitimacy of the Paramount Chief was being challenged before the Regional House of Chiefs and therefore the need to halt the process.

He informed that among the organizers of the conference were people who had their names in the Register at the National House of Chiefs, “And they would never serve under Gbetsoolo Nii Ashitey Akomfra III who occupied illegally the position of a Paramount Chief.

“We are afraid that any attempt at establishing a Traditional Council at this moment will not augur well for the entire Teshie town.”